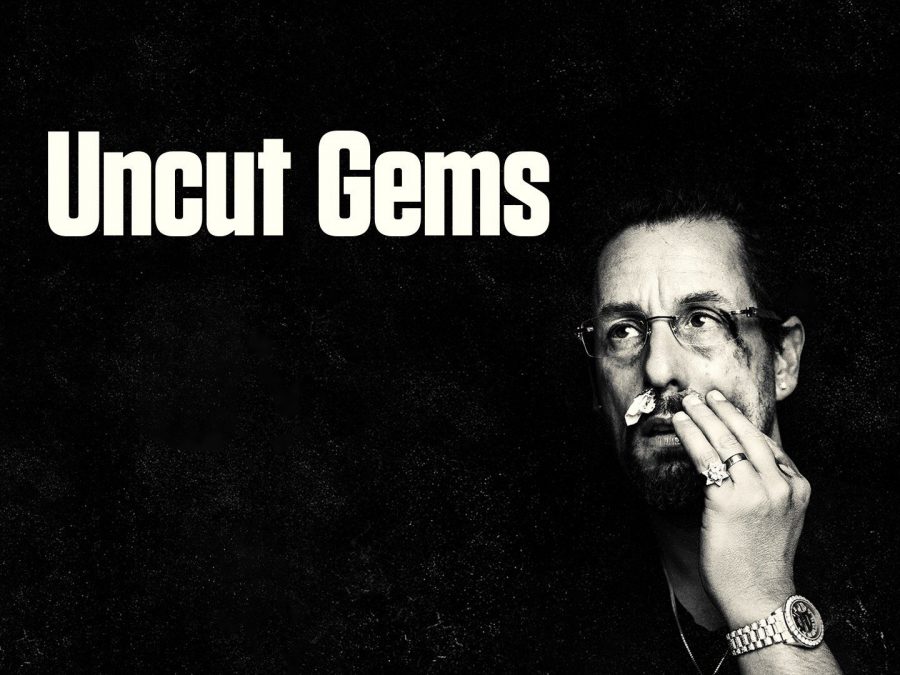 Adam Sandler’s long-awaited, action-packed film, “Uncut Gems,” was released on Dec. 25. As promised, the film did not fail to deliver a cluster of emotion, chaos, and kept viewers on the edge of their seats at all times.

“Uncut Gems” revolves around the life of Howard Ratner, played by Sandler, who works as a jeweler in New York City. Ratner is a compulsive gambler and finds himself in lots of trouble when placing bets on basketball games. In the film, he receives a rare large opal from Ethiopia, which holds an enormous amount of value. His original plan for the opal was to sell it at an auction and gain millions of dollars from it. However, it would not be a great action-packed film if original plans did not get derailed. Kevin Garnett sees the opal and quickly falls in love with it. He convinces Ratner that he needs it for luck at his games and Ratner realizes this could give him an advantage with betting.

Beyond the jewelry and the betting, Ratner’s personal life is a complete mess. Dinah Ratner, who is Ratner’s wife, is played by Idina Menzel and she as a disastrous marriage with him. Ratner is a pathological liar, as well as a cheater, and for the sake of keeping their family together, they choose stay together for a while. However, Ratner’s priorities are most definitely not his family; it is his girlfriend, his jewels, his parties, and his fortune.

I would greatly recommend this film to anyone who enjoys one surprise after another. After being very used to watching Sandler in only comedies, it was very refreshing to see his talent in a different kind of film. He brought the role to life and believe it or not, it became increasingly harder to like Sandler after getting to know his character. But, that is all just about how well he played it. Every actor in this film was fit well for their role and I really enjoyed watching this thriller for Christmas.