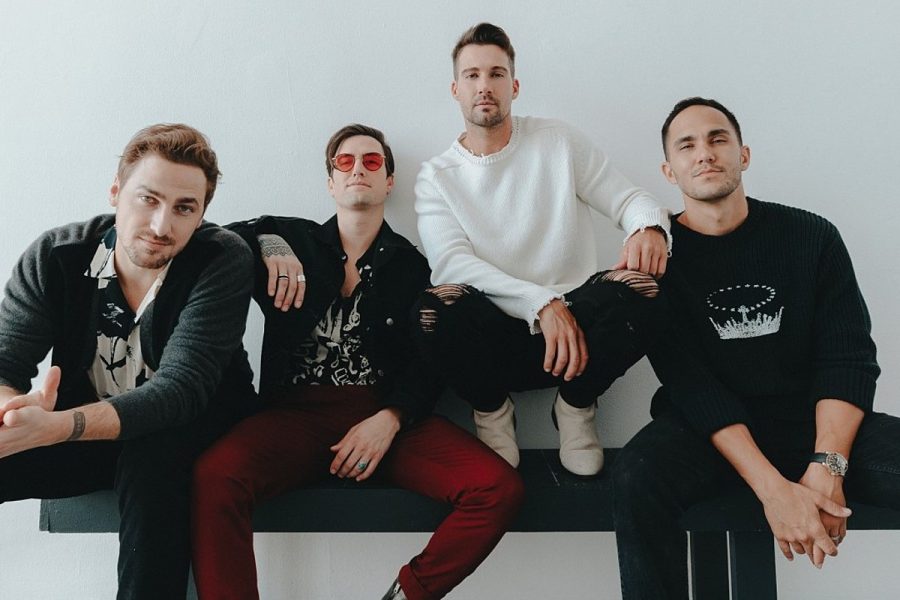 I’ve always been told to never get my hopes up because I’ll be disappointed. That’s exactly how I felt with Big Time Rush’s latest song release, Fall.

The group consisting of Kendall Schmidt, Logan Henderson, James Maslow, and Carlos PenaVega fell short with its third song since 2013. As a big-time Big Time Rush fan, I’ve noticed the band has one style of music: mushy gushy love songs making the listener feel like the song is about them. However, Fall is a track I hope to be never serenaded with.

The lyrics felt immature when the song opened with Maslow singing, “There you go / She movin’ like a smooth criminal.” In the second verse, Henderson sings, “She brings out the flavor, no MSG / Selling out the Garden, she a V.I.P.” These lyrics feel dated as if it was a ripoff of MKTO’s Classic from 2013. Fall teleported me back to a time when chevron prints were trendy and I don’t want to relive that.

Big Time Rush loves to use pop culture references in its music like mentioning “Slumdog Millionaire” and “Twilight” in 2010’s Boyfriend. However, Boyfriend is an all-time classic and the references felt familiar at its time of release. Fall’s lyrics sound lazy as if it was a last-minute presentation put together before the deadline.

The saving grace of the newest track is the chorus. Big Time Rush successfully harmonizes together singing, “Ooh, I only wanna fall, fall, fall for you.” Over the years, the group’s vocals matured. In the group’s previous work, Schmidt and Maslow would sing the majority of Big Time Rush’s songs. It’s so nice to hear all the vocals from each member of the band sing all together.

The visual aesthetic for Fall was no better. The cover art of Big Time Rush cropped out in black and white on a purple background is distracting. But, art is objective, so I won’t pry on that.

Fall’s music video was also released on June 10. The video was shot in a documentary format with outtakes of the group hanging out during a photoshoot. There were a variety of fish-eye lens shots that reminded me of NSYNC’s Bye Bye Bye music video. Of course, Big Time Rush looked so handsome, but the video was dull.

This track is instantly forgettable. I have listened to Fall a total of six times and I couldn’t get into it. I don’t find myself humming the song during the day, nor have I planned to add it to the playlist I listen to daily. There is no “wow” factor to Fall.

Big Time Rush is capable of more and we’ve heard it. Their past work has explored how impressive the music can be. In 2011, the band released its sophomore album, Elevate with the song, No Idea. No Idea is an amazing love song and shows the potential Big Time Rush has whether or not the group is connected to a Nickelodeon show.

Is Big Time Rush in its flop era? No. Well, I hope not. I’ve noticed when musical groups release new projects, it can feel disconnected. Big Time Rush is probably testing out a new style, although Fall is a bump in its discography, I’m sure more bangers are to come.