School shutdowns and the effect on local businesses

Many stores and businesses rely on college campuses as their main source of income. However, with the coronavirus closing down schools across the nation, many businesses are being negatively impacted. Here’s a look at how local businesses are being effected by the closure of Quinnipiac University and other colleges in the New Haven area.

In Hamden, restaurants like Spuds Your Way, Aunt Chilada’s and Eli’s on Whitney are seeing their sales plummet. Jared Cohen, the owner of Spuds Your Way, spoke about how the closing of Quinnipiac University is affecting his business. 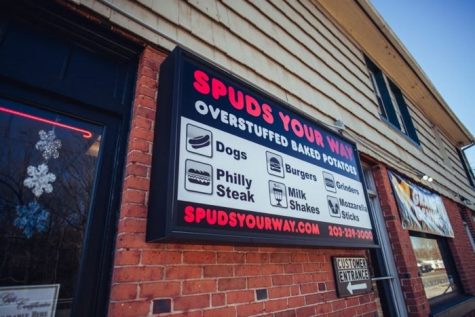 “Spuds is taking a huge hit because of the university closure,” Cohen said. “Not only are we missing out on storefront sales, but our food trucks are a staple on campus this time of year, and every single event has been cancelled. I’m just hoping we will be able to weather the storm.”

Aunt Chilada’s is another restaurant in Hamden that is being impacted. The Mexican restaurant and night club is a place where Quinnipiac seniors go on Friday nights. The spring semester tends to be busiest too, with a lot of events planned to celebrate students’ graduating. With the university closing, Lamar Brunson took to the shared Facebook group to explain what was going to happen. Brunson is Aunt Chilada’s promoter who communicates with students about the planned events.

Courtesy of I Love Aunt Childadas “Class of 2020” Facebook page

“It is understood that we cannot host a college night,” Brunson wrote. “We will follow all directions from the state and hopefully at some point in the near future things will return to normal before we would have to say goodbye to the class of 2020.”

In addition, the restaurant side of Aunt Chilada’s is also being effected.

“It has impacted us horribly,” owner Charlie Hague said.

He was notified on Monday at 10:30 a.m. that they would have to close the restaurant by 8 p.m. that same night.

“We had thousands of dollars worth of food that we probably will not use,” Hague said. “On top of that we have 20 employees who depend on us each week.”

One of Quinnipiac’s favorites, Eli’s on Whitney, sent out an email to customers giving them information on how the restaurant plans to move forward during the pandemic.

“Eli’s Restaurant Group is willing and committed to doing our part in this fight,” the restaurant wrote. “We are working to open as many channels as we can so that you, our guests, can find a means of getting food in whichever way is most comfortable for you.” 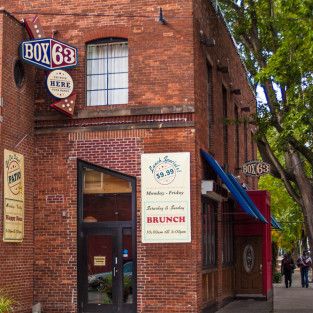 A student-popular bar and restaurant in New Haven

A lot of restaurants and clubs in New Haven also rely on students from surrounding schools, including Box 63, which is an American bar and grill that turns into a club at night. When asked how they are being effected by school closures, Box 63 had a lot to say.

“Box 63 is a small business that relies on revenue generated by the functions of the schools and surrounding community, not unlike many of the million other mom and pop restaurants across the globe,” Box 63 said. “We will fight but ultimately will be decimated by this virus. Not every battle is won on the field and we hope that we will live on in the memories of our beloved customers, past and present.”

During this time, it is important to continue to support local businesses. Whether it’s ordering online or having food delivered, any small contribution can help fight the impacts that the coronavirus is having on businesses across the nation. Stay with Q30 Entertainment for more updates on the coronavirus and its effect on entertainment both locally and nationally.