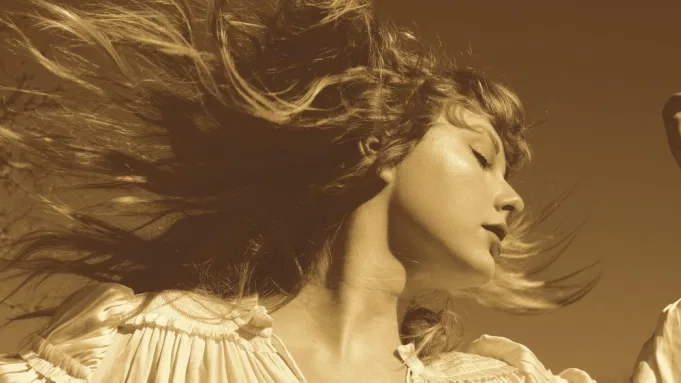 Superstar Taylor Swift put out a new song on Friday that may sound familiar. “Love Story (Taylor’s Version)” was fan’s first peek into the singer-songwriter’s re-recordings of her first six albums, starting with “Fearless,” which will be released in its entirety on April 9th.

“Fearless,” released in 2008, is Swift’s second studio album and her most successful, selling 7 million copies, winning the 2010 Grammy for Album of the Year, and making a young girl named Taylor Swift into a phenomenon. Now, 13 years later (the artist’s lucky number), Swift is returning to the words sung in stadiums across the world. But why is Swift rerecording her discography?

The answer is a complicated one. Simply put, Swift does not actually own much of her music. Songs like “Love Story,” “Blank Space, “We are Never Ever Getting Back Together” and the rest of the masters from her first six albums are all the property of Swift’s former record company, Big Machine Records, which she left in 2018. In 2019, her BMR masters were sold to Scooter Braun, manager of Justin Bieber and Ariana Grande, when he acquired BMR from Swift’s former manager, Scott Borchetta. “This is my worst case scenario,” Swift said in a lengthy Tumblr post addressing the situation back in 2019. Swift said she suffered “incessant, manipulative bullying” at the hands of Braun.

“For years I asked, pleaded for a chance to own my work. Instead I was given an opportunity to sign back up to Big Machine and ‘earn’ one album back at a time, one for every new one I turned in. I walked away because I knew once I signed that contract, Scott Borchetta would sell the label, thereby selling me and my future,” Swift said in the post. “Music I wrote on my bedroom floor and videos I dreamed up and paid for from the money I earned playing in bars, then clubs, then stadiums.”

BMR went on to ban Swift from performing her songs on television, including in her 2020 Netflix biopic “Miss Americana.”

“The message being sent to me is very clear. Basically, be a good girl and shut up. Or you’ll be punished,” Swift said in another post from 2019. “This is WRONG. Neither of these men had a hand in the writing of these songs. They did nothing to create the relationship I have with my fans.”

Swift was legally permitted to start rerecording her music in November 2020, and fans are now getting a closer look into the making of her self titled record through 2017’s “Reputation,” including never-released songs that did not make it onto the original albums.

“I’ve decided I want you to have the entire vivid picture, and let you into the entire dreamscape that is my Fearless album. That’s why I’ve chosen to include six never before released songs on my version of this album,” Swift said in her announcement on Instagram Thursday. “Written between the ages of 16 and 18, these were the ones it killed me to leave behind.”

Along with the song, Swift released a late 2000’s-esque lyric video on YouTube, showing herself and her fans throughout the Fearless era.

“This was the musical era in which so many inside jokes were created between us, so many hugs exchanged and hands touched, so many unbreakable bonds formed,” Swift said on Instagram. “So before I say anything else, let me just say that it was a real honor to be a teenager alongside you.”

Even the album cover mirrors the 2008 version, with Swift’s head flown to the side and her wavy hair billowing around her. Only this time around, there is a notable lack of the album title or artist’s name on the cover, as if to say, “you already know this one.”

Long-time fans will recognize Swift’s oddly capitalized letters in her Instagram post, spelling out “APRIL NINTH,” the release date for the album, a reminder of her use of hidden secret phrases in the early years of her career. The singer, known for her precise planning, undoubtedly has some surprises up her sleeve. Her fans have already taken to Twitter, Tumblr, Instagram and TikTok to try and uncover secret meanings and release dates.

I’m thrilled to tell you that my new version of Fearless (Taylor’s Version) is done and will be with you soon. It has 26 songs including 6 never before released songs from the vault. Love Story (Taylor’s Version) will be out tonight. Pre-order now at https://t.co/NqBDS6cGFl 💛💛 pic.twitter.com/Vjyy2gA72O

Whatever she is planning, “Fearless (Taylor’s Version)” is sure to be a nostalgic, fairy-tale filled, curly-haired, sparkly journey. It is only fitting to begin with, “we were both young when I first saw you.”