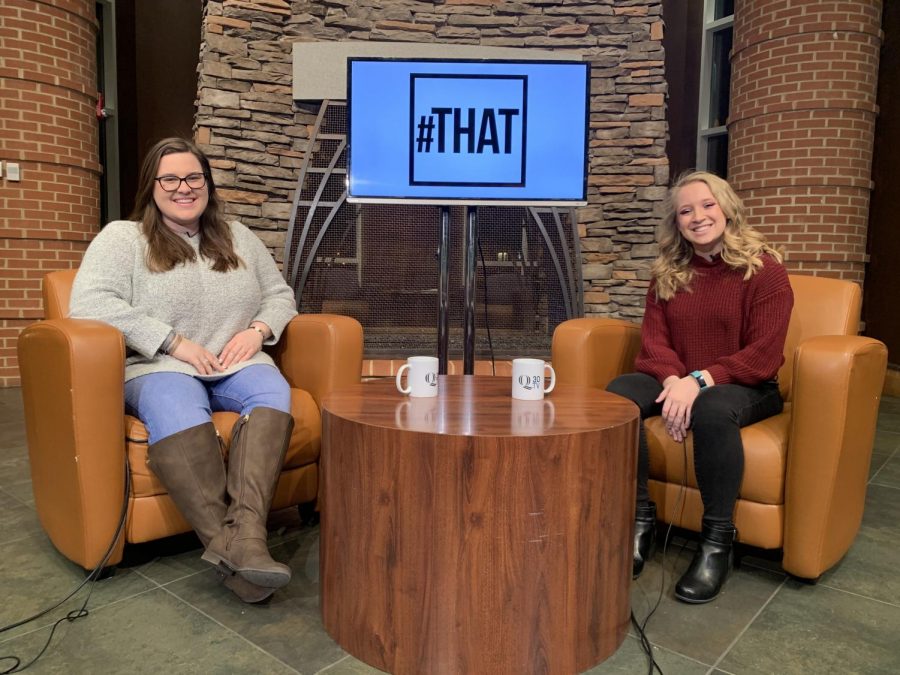 Coming up on #That, Taylor Sniffen and Kaylyn Terry are in the chairs to host. They start the show by talking all about last week’s Grammy Awards Ceremony. From their best and worst looks to winners, highlights and a full red carpet review by Maggie Smith we cover everything you need to know.

Hannah Mirsky brings you a review of Eminem’s new album and Sean Raggio is on camera for this week’s Trending Topics. Then, two of our members try out the newest service to hit QUDining: Boost.

Jonathan Sweeny joins our hosts to give the Hollywood News Update where they talk the Super Bowl Halftime Show, Vanessa Bryant, and Oscar Nominations.

Finishing out our show, we follow Associate Producer A.J. Roberts on his trip to the Sundance Film Festival and introduce a brand new segment: Celebrity of the Week. This episode features Adam Driver and the amazing work he is doing for his charity, Arts in the Armed Forces.

From Hamden to Hollywood we are your source for Quinnipiac’s Entertainment News!