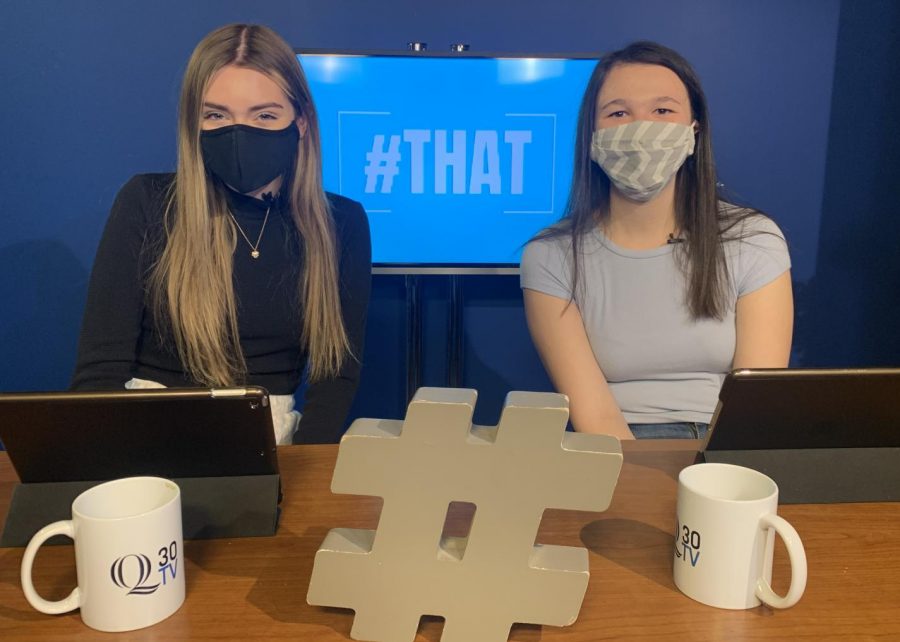 #THAT 03/29/2021: Coming up on #That, Caroline Torpey and Liz Ippilito make their hosting debut! They kick off the show talking all about the upcoming YouTube v. TikTok boxing match, Taylor Swift’s latest release, Hilary Duff’s new edition to the fam, and Lil Nas X’s powerful new hit.

Nia Braccidiferro breaks down the Quinnipiac Theater Departments’ virtual performance of The Illiad and Maggie Smith joins us for the week’s Weird News. Up this week, shrimp tail cereal, a sneaky squirrel, and a record-breaking Passover! Then, we kick off a brand new weekly series: Marvel Mondays. Audrey Scafati and Mason Glod break down the weekly episodes of Disney+’s Falcon and the Winter Soldier.

After a quick commercial, Manny Galicki is here with a Hollywood News Update. She and the hosts debate their thoughts on Survivor returning to the air, Rihanna teasing fans that new music may be on the horizon, and the back-to-back Bachelorette seasons.

Up next, Willy Teare reviews the new blockbuster, Nobody, and the hosts do a Celeb Celebration for Kellianne Stankus and CJ so Cool.

All that and more, from Hamden to Hollywood we are your source for entertainment news!