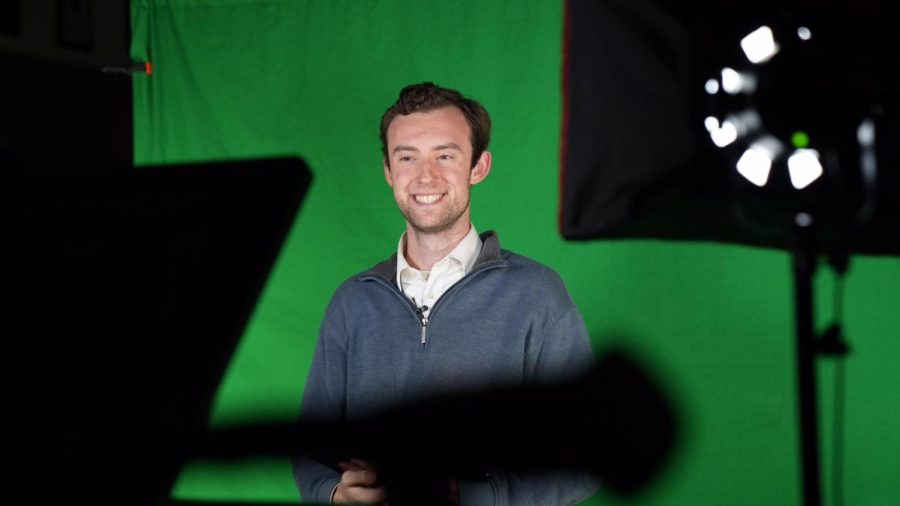 Ethan Logue and Heather Owen travel from the sports department to the #THAT desk this week for a sports takeover. Ethan discusses the box office success of the recently released Sonic The Hedgehog 2 movie and Brie Larson as the new addition to The Fast and the Furious franchise. Heather shares the news of Brooklyn Beckham’s wedding and Jojo Siwa’s lack of invitation to the Kid’s Choice Awards. Mason Glod continues the Hidden Gems of Connecticut series with a trip to the Barker Character, Comic, and Cartoon Museum in Cheshire, CT.

Julia Schnarr and her fellow hosts give us an inside look at the Quinnipiac Film Society’s annual film festival award show, “The Quinnies”. Ross Meglin makes his entertainment debut as he joins us for this week’s Trending Topics. Ross discusses Will Smith’s ban from the Oscars, Jennifer Lopez and Ben Affleck’s recent engagement, and the announcement of the final season of Better Call Saul. Corinna Caimi covers SPB’s annual Wake The Giant event featuring two SNL comedians, Sarah Sherman and James Austin Johnson.

Ryan Coope is here to give us this week’s Hollywood News Update. He talks about Kourtney Kardashian and Travis Barker’s Vegas wedding, major Billboard Music Awards nominations, and Jack Harlow’s new song that has been trending everywhere.

All that and more…from Hamden to Hollywood we are your source for Quinnipiac’s entertainment news.