The Great Superhero Debate: Does the DCEU Need a Reboot? 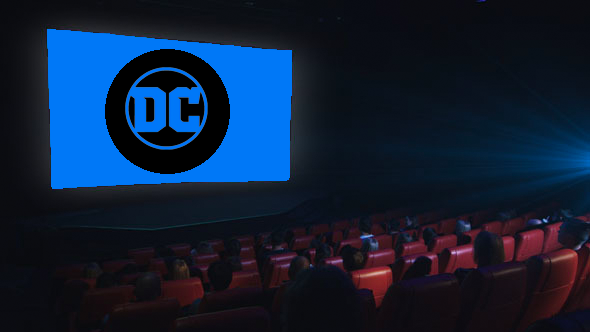 The DC Extended Universe (DCEU) has some serious self-reflection to do.

Mixed up in this shift is the DCEU, DC Comics’ film division looking to compete with the immensely successful Marvel Cinematic Universe. A long-troubled franchise, the merger will likely bring major changes with the shift from former CEO Jason Kilar to new CEO David Zaslav. In fact, it was reported by Variety in late April that Zaslav is considering a “complete overhaul” of DC Entertainment.

The DCEU has certainly had an interesting few years. With lower-than-expected box office numbers for some films and some mixed critical reviews, the DCEU is certainly in need of a reassessment. However, is a complete reboot necessary? Does the DCEU really need to start over? A strong argument can be made for both sides.

Argument 1: The DCEU needs to be rebooted and start over

The DCEU as it stands is broken. The films are not making as much money as they should be, the studio is wasting key characters, and there is no clear and positive path forward. The only way for the DCEU to reach its full potential is for the comic universe to start over.

The box office and critical reception of DC movies are subpar. The average Rotten Tomatoes score of a DCEU movie is currently about 65%, with about 42% of the movies being classified as “rotten”. In contrast, the Marvel Cinematic Universe (MCU) has an average Rotten Tomatoes score of 83% with only about 4% of movies being classified as “rotten” (only one movie – “The Eternals”). While the DCEU has some standouts like “The Batman” and “Wonder Woman”, the movies are overall judged as being lesser-quality than their competition. This is also reflected in the DCEU box office. The DCEU only has one film that has earned over $1 billion at the box office (2018’s “Aquaman”) as opposed to the MCU’s 10. Even without the MCU comparison, many DCEU films have simply underperformed at the box office like “Birds of Prey” and “Shazam!”. Continuing with this same cast of characters and storylines likely will not raise these numbers.

Additionally, the studio is currently wasting key characters that can and should be developed into high-performing moneymakers. While the DCEU started centered on Henry Cavill’s Superman with 2013’s “Man of Steel”, the character hasn’t been seen again since 2017’s “Justice League”. There are no plans for Cavill’s Superman to return. “Star Wars” director J.J. Abrams has been attached to a new Superman project, but no news on the project has been released. Superman is not the only character being wasted. The Green Lantern universe of characters has long been confirmed for an HBO Max series but has been moving extremely slowly. With a reboot of the franchise, the DCEU could more prominently and naturally integrate these major characters into their storylines.

Finally, the DCEU’s future is unclear and weak. The DCEU currently has six films in production or post-production, with tons of rumored projects and projects “in development”. However, these projects are not positioned to be financial and critical successes. The next project to be released is “Black Adam” starring Dwayne Johnson. While Johnson is a big movie star with demonstrated box office results, this movie is essentially a spinoff of” Shazam!”, a film with only moderate box office returns. Additionally, a “Shazam!” sequel “Shazam! Fury of the Gods” has wrapped production. Basing two new releases on a fairly unpopular entry in the franchise is a bold and confusing move. “Aquaman and the Lost Kingdom”, a sequel to 2018’s “Aquaman” is set to be released this year, however, this film seems doomed from the start with the movie featuring Amber Heard and the film being released just after the MCU’s “Black Panther: Wakanda Forever”, heavily rumored to feature the character Namor the Submariner and his underwater city. Other upcoming DCEU projects like “The Flash” and “Blue Beetle” seem to be continuing plotlines with little fan interest and featuring characters with little fan interest. Meanwhile, as stated, characters with high fan interest like Superman and Harley Quinn currently have no projects in development.

Argument 2: The DCEU does not need to reboot and should continue on.

There is no denying that the DCEU has had a troubled history. However, the DCEU features some of the best and most beloved superheroes and has created some great films – a reboot is not necessary. The DCEU should not be rebooted because it should build on the foundation it has set, it can utilize its incredible assets, and it has limitless opportunities for the future.

The DCEU needs to build on the foundation it already has. The DCEU already consists of 11 movies and one television show, with more projects in the pipeline. These projects have established storylines and characters that fans have come to know and love. Gal Gadot’s Wonder Woman, Jason Mamoa’s Aquaman, and Zachary Levi’s Shazam are all hugely popular with fans and have had well-received movies. Erasing these characters would be counterproductive. The storylines and character progression started in the films would also be wasted. Additionally, rebooting the whole cinematic universe would not even make sense. Audiences likely would not respond well to more origin movies of characters like Batman, Superman, and Wonder Woman. Additionally, creating these movies would waste the progress already made. These characters and storylines can and should be continued.

Additionally, the DCEU has huge amounts of resources it can utilize to improve its inefficiencies. Many of the most successful recent DC projects have not been a part of the DCEU: Matt Reeves’ “The Batman”, Todd Phillips’ “Joker”, and the hugely successful HBO Max show “Harley Quinn”. The creative teams in front of and behind the camera can be better utilized by the DCEU to improve the quality of their projects. Additionally, many of these characters, storylines, and worlds can and should be integrated into the DCEU to increase quality and fan interest.

Finally, the DCEU currently has limitless opportunities. Sure, the studio is currently not fully utilizing major characters like Superman, Green Lantern, and others; but this just leaves the opportunity for these characters to be reinvented in this universe. The DCEU is also open for a huge overarching story to form naturally and for the introduction of several new characters. A reboot is not necessary because so many improvements can be made while still continuing this universe.

While it is easy to debate both sides, the ultimate decision lies with the studio. Executives likely want to salvage what they already have while optimizing the revenue of their films. Ultimately, the studio will need to choose a clear path and act confidently and swiftly, ensuring the fans that their favorite superheroes and characters are in great hands.