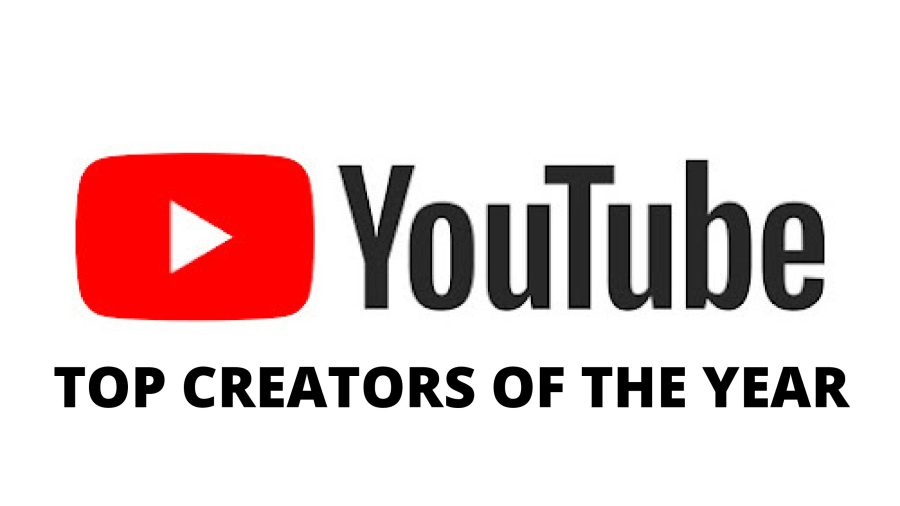 Top creators of the year are as follows:

Mr.Beast has firmly planted himself as king of YouTube right now. MrBeast, otherwise known as Jimmy Donaldson, is an entertainment creator with videos focused on absurd challenges. His videos are always trending, and he is universally recognized for his mastery of the YouTube algorithm. For example, his recent video “$456,000 Squid Game in Real Life!” received huge attention with 132 million views since it was posted less than two weeks ago. Donaldson’s meteoric rise shows no signs of slowing down in the coming years.

Also noticeably on the list are gaming creators with a massive following. Three of these creators, Dream, TommyInnit, and Technoblade, create content on the Dream SMP, a huge multiplayer Minecraft world with over 30 huge creators. This multiplayer world has different characters, storylines, and lore, creating an impressive depth of content for viewers to enjoy. The DreamSMP exploded in popularity this year, launching creators to stardom with it. Technoblade focuses on skill and creativity in the game; after being added to the DreamSMP, his videos average around 10 million views. TommyInnit is a relative newcomer to the scene but has developed a loyal fanbase due to his quick wit and comedic stylings. Dream, the founder of the DreamSMP, has firmly cemented himself as a YouTube titan in a very short amount of time. While his livestream content centers around the multiplayer world, his video content showcases his incredible Minecraft skills, earning him up to 40-50 million views every video. The presence of these creators showcases the popularity of gaming on the platform. Additionally, these creators prove that Minecraft is not only still relevant but a powerful storytelling vehicle.

This year, former gaming creator SSSniperWolf experienced a second wave of popularity, shifting her content style towards reaction videos. SSSniperWolf reacts to funny, outlandish, or interesting TikTok videos, providing commentary and insight. Each daily upload on her channel receives around four million views. Kallmekris, another reaction YouTuber, also made the list after uploading videos this year also primarily focused on reacting to TikTok videos. As TikTok becomes more popular, its influence can clearly be seen on other social media platforms. As a result, YouTubers are starting to utilize the popularity of TikTok and incorporate it into their content.

Other entries on the list include Dhar Mann, a storytelling creator focused on positive messaging; Coryxkenshin, a gaming and lifestyle creator with a devoted fanbase; and The Royalty Family, a family vlog and challenge channel. In addition, mark Rober continues to excel on the platform with fun, educational videos based around engineering and other STEM topics. All of these creators have continued to produce consistent content.

The list demonstrates what is popular on YouTube right now. Gaming continues to be dominant and certainly captures viewers’ attention. Reaction content, specifically TikTok content, has emerged as a new kind of content for creators. Most notably, the most popular creators of 2021 are mainly focused on one thing: positivity. From Mr. Beast’s generosity in his videos to TommyInnit’s hilarious antics to Mark Rober’s entertaining education, this year on YouTube provided viewers with a positive, safe escape.