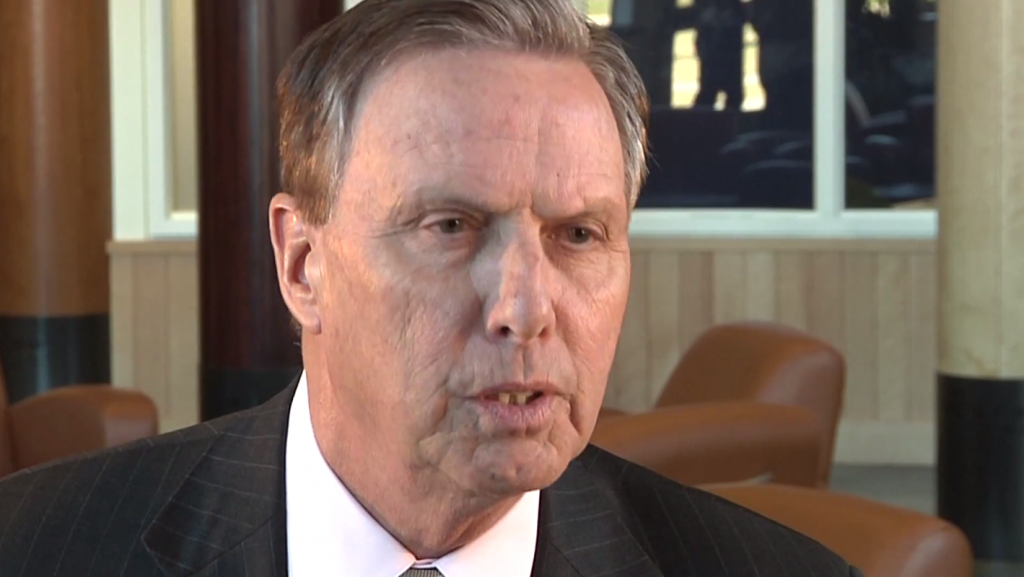 Faculty members at Quinnipiac University are exploring the possibility of a vote of no confidence for President John Lahey, according to multiple sources in attendance at Wednesday’s general faculty meeting. The vote would come in response to the university laying off 16 professors last week.

One source, who spoke under the condition of anonymity, said members of the individual schools within the university were surveyed as to whether a vote of no confidence would pass. The College of Arts and Sciences and the School of Communications, both on the receiving end of the positional cuts, reportedly agreed unanimously in favor of a motion of no confidence. Other departments also expressed support for the vote, though were unable to provide any specific survey results. The School of Law, which is expected to open a brand new law center on the North Haven campus next semester, designated general opposition to a vote.

It should be noted no official vote has been taken as of yet, as it is unknown if the faculty would have enough support for the motion or if it should be put forth at all. The aforementioned source could not provide specific information as to what would be needed for a motion to pass. They did say, however, many of the departments were still looking for more information and anonymity before giving feedback.

The source said severance packages were added for those who were terminated, saying the package “wasn’t great, but it was something.” They also said a few positions were frozen, including jobs in administration. Any unfulfilled postings have also been withdrawn.

Freezing positions and eliminating the job postings were done in an attempt to solve the reported $6 million income shortfall, a number initially reported by the New Haven Register. According to the source, money was also shifted away from the part-time faculty budget, which in combination with the layoffs, job freezes and eliminated postings, has left about a $1.6 million gap.

Quinnipiac released a statement on Friday claiming 12 new professors would be hired “as a result” of the 16 staff members being let go. However, the 12 new positions are reportedly unrelated to the cuts made. A high-ranking source in the Faculty Senate had said the two moves were “mutually exclusive,” information that was also relayed and reiterated to those in attendance on Wednesday.

As Q30 News reported, The Faculty Senate motioned to censure President Lahey last Friday in an emergency meeting held to discuss the layoffs. It was announced at Wednesday’s meeting, and later publicly confirmed by Quinnipiac Faculty Senate Chairman Stephen Straub, the president has not yet responded to the letter of censure, which was delivered earlier this week. He is not required to do so.

University officials could not be reached for comment for this story.

The New Haven Register has posted a statement from Richard Howard, the chairman of the Quinnipiac board of trustees. The statement reads as followed:

“The board is fully informed, fully engaged and shares with President Lahey an absolute commitment to the best interests of our students. The Board completely supports the President as he acts to ensure that Quinnipiac University provides the best education possible now and for decades to come. In the past 27 years, President Lahey, with Board oversight, has transformed the very face of Quinnipiac into a nationally acclaimed university.”