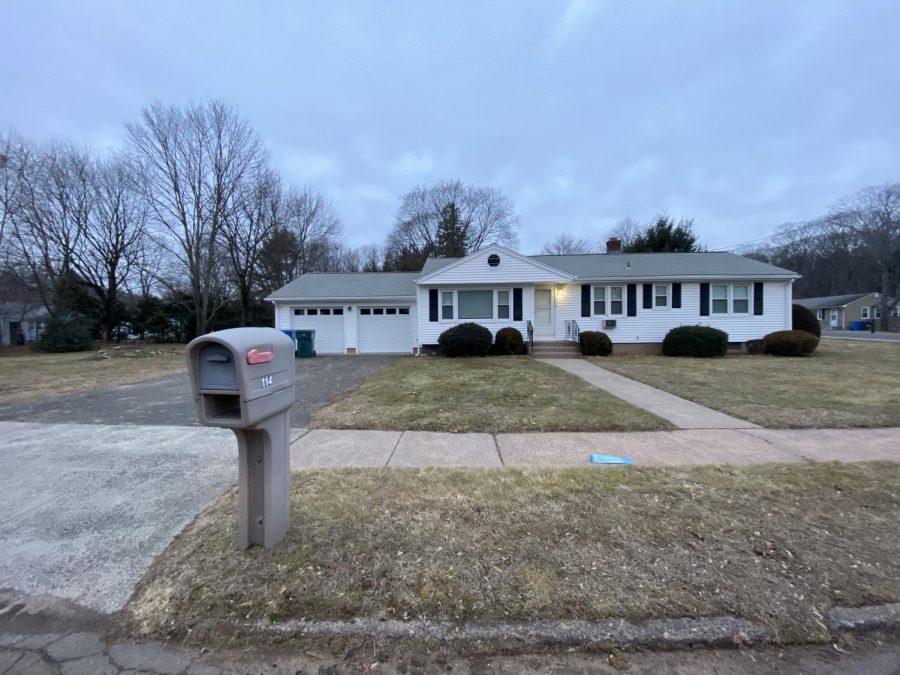 The property at 114 New Road, the location where the alleged sexual assault took place during a fraternity party in 2017

A former Quinnipiac student filed a lawsuit to sue Quinnipiac University and the Alpha Sigma Phi fraternity alleging that she was sexually assaulted at a fraternity party in October 2017.

The plaintiff, whose name will not be published due to being an alleged victim of sexual assault, filed the lawsuit in November 2019 accusing both the university and the fraternity for why the assault occurred.

According to the lawsuit, members of the Alpha Sigma Phi Theta Tau chapter held a party on Oct. 27, 2017 at 114 New Road in Hamden, Conn., which is a house owned by the university. The plaintiff attended the party in which alcohol was present.

“When attempting to enter the bathroom, the plaintiff was suddenly shoved from behind into a dark bedroom where she was sexually abused, sexually exploited and sexually assaulted by three members of Alpha Sigma Phi,” the lawsuit said.

According to the lawsuit, the men ripped the victim’s clothes off and assaulted her multiple times despite her resistance and repeatedly saying no.

When asked for a statement from the university in regards to the allegation, Associate Vice President for Public Relations John Morgan said, “The university does not comment on pending litigation.”

The plaintiff also accused the Alpha Sigma Phi national fraternity, located in Carmel, Indiana, along with other reasons, that it knew or should have known that sexual misconduct was common among the fraternity, including the Quinnipiac chapter and beyond. She said that the fraternity failed to warn students or provide the proper training to members and other students to prevent abuse. She accused the fraternity for not providing the proper means for members of the Theta Tau chapter to report other members for sexual misconduct anonymously. She also included that the fraternity knew or should have known that members of Alpha Sigma Phi hosted parties that involved underage drinking.

“Alpha Sigma Phi and our chapter at Quinnipiac believe that if this allegation is true, anyone involved in the incident should be in jail, as opposed to being protected, as we have no tolerance for sexual assault,” President and CEO of the Alpha Sigma Phi fraternity Gordy Heminger said in a statement. “We encourage law enforcement to investigate thoroughly; we will cooperate fully; and based on the information we have, we believe the Fraternity will be dismissed from this lawsuit.”

The Hamden Police Department is still investigating the situation.

The victim claims to have suffered from physical and psychological injuries and is seeking money to pay for the cost of psychological treatment, trauma therapy and prescription medications. She was also forced to transfer from Quinnipiac University to another school, costing a considerable amount of money.

The “original complaint,” which was dated Oct. 25, 2019, includes the names of the individuals she was assaulted by. The “complaint,” dated Nov. 26, 2019, states that she was sexually assaulted “by no less than four members of Alpha Sigma Phi’s fraternity.”

Attorney Brooke Goff, who is defending the plaintiff, reasoned in her motion to seal the names.

“Given the sensitivity of the allegations as brought against each individual defendant, the plaintiff moves to have the same original writ and complaint sealed,” Goff said.

Attorney Paul D. Meade, who is representing Alpha Sigma Phi, argued that the plaintiff did not provide enough specific information as to why she wanted the names sealed.

“The plaintiff has clearly failed to meet the requirement of specificity, and has failed in any respect to address either the well established presumption in favor of openness of court proceedings or the concern with tailoring any restriction of openness of proceedings as narrowly as possible,” Meade wrote in his objection to the request.

In his motion, Meade suggested that not having the names of the individuals or witnesses involved will disrupt the process moving forward, making it more difficult for the defendant to gather evidence.

Meade wrote that the plaintiff has most likely already reached a financial settlement with the three individuals accused.

Meade also motioned that the lawsuit be completely dismissed due to “insufficiency of service of process and lack of personal jurisdiction” for the fraternity.

Judge James Wilson Abrams scheduled a hearing for Feb. 3 regarding the objection to keeping the names of the individuals sealed. The judge will likely address the motion for dismissal as well.