Is there gold at the end of this rainbow? 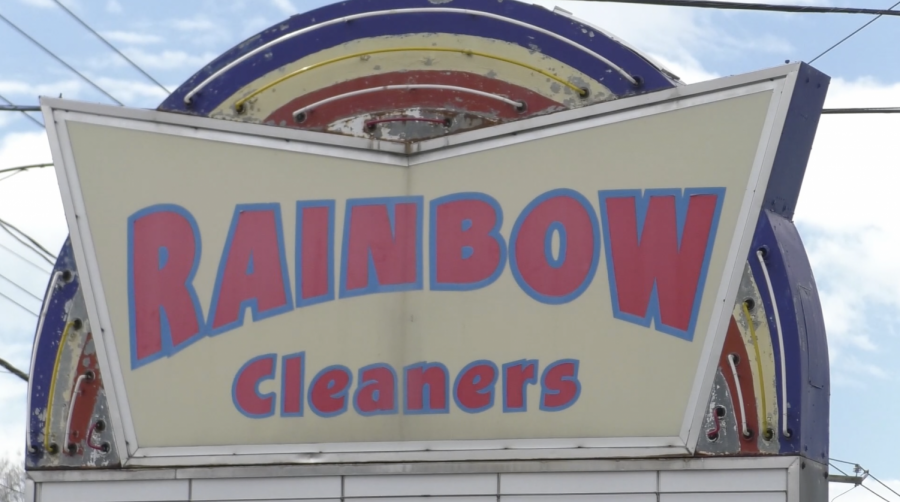 Hamden is home to diners, stores and gas stations, but on the corner of Farrell Street, there is a place where dirty meets clean. 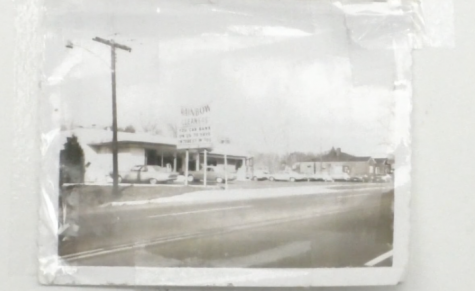 “My father saw that this was for sale and he said why don’t we buy this one and we can have two establishments,” Karen Carrasco, daughter of the original honor, Arthur Veneris, said.

Arthur Veneris and his brother, Richard Veneris, opened Rainbow Cleaners in 1948 on Dixwell Avenue in Hamden. Two years later, the brothers bought another dry cleaners. The second location is on Whitney Avenue.

There is something special about this dry cleaners that sets it apart from other dry cleaners.

Rainbow Cleaners on Whitney Avenue has a sign to welcome customers, but it’s not just any sign.

“It’s part of who we are, you know? This isn’t the biggest town in the world but we’re known for our sign,” Carrasco said.

Each month, Rainbow Cleaners features their rainbow sign with a fun and entertaining saying. Carrasco recalled one original sign that said, “drop your pants here.”

Carrasco and her family members aren’t the only ones who cherish the sign when driving by.

“Everyone in Hamden knows that Rainbow Cleaners is going to have a different sign at different times of the year,” Gregory Bannon, Hamden resident, said.

Rainbow Cleaners has changed the slogan on its sign each month for over 50 years. Veneris’ daughter kept his booklet with dry cleaning slogans. It dates back to 1961. Today, it’s the family’s greatest treasure. 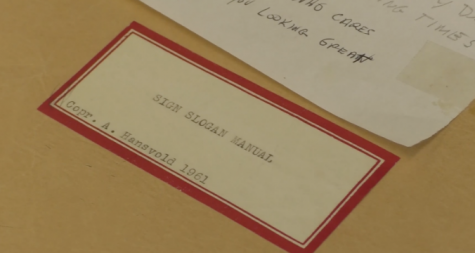 “When my father started to get sick, I said you know, there are certain things about this business that I know could be lost when my father goes. So I took this book, and there are all these sayings in it and that’s where a lot of them come from,” Carrasco said.

Rainbow Cleaners doesn’t have plans to ever stop changing their sign and supporting their father’s idea.