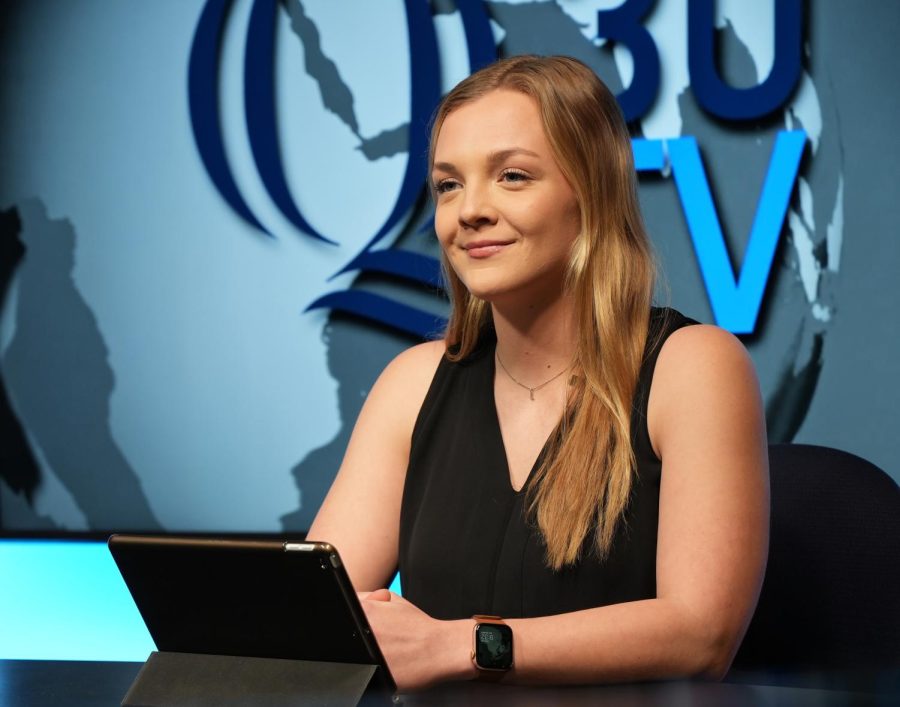 Student Government Association (SGA) announced their new executive board and Lo Yarnall and Kylicia Smith are on the desk this week to give us all the information. Hephzibah Rajan has the recap for the the SGA Candidate Town Hall held on Monday. History was made at the elections, Katie Coen spoke to the new SGA president elect, Owenea Roberts, on being the first black female and international student to hold this position. The anchors have the COVID-19 numbers around campus and in Hamden as the town continues to remain in the red zone.

Hephzibah spoke to Gina Greco, the first engineering student to receive every greek commemorative stickers at the annual hard-hat ceremony for her achievements in the School of Engineering and Computing. The South-Asian Society, Asian Student Alliance and QU Creative Writing hosted an event to discuss asian adoption in America. The event included a poet reading featuring Lee Herrick, Jennifer Kwon Dobbs and Julayne Lee. Students were stationed on the Quad, promoting and seeing products from their small businesses in a pop-up event.

After the first break of the night, the Students for Environmental Action are celebrating earth week and Lauren Clemons has all the updates. Mason Glod is in the studio to talk about second global COVID-19 summit, a rule requiring federal agencies to consider direct and indirect environmental impacts of their actions and Congresswoman Majorie Taylor Greene’s disqualification from running for reelection. CVS announced that their minute clinics will now include mental health services. Followed by that, Katie Coen has news from around the country, including multiple airlines dropping their mask mandates, Netflix’s plummeting stocks and loss of subscribers and Florida lawmakers targeting Walt Disney in Orlando for its legal privileges. Ethan Logue reports on the latest sports around Quinnipiac. The Quinnipiac Softball team split their doubleheader against the Rider Broncs. The men’s lacrosse team travelled to Virginia for a matchup against the number six on the team.