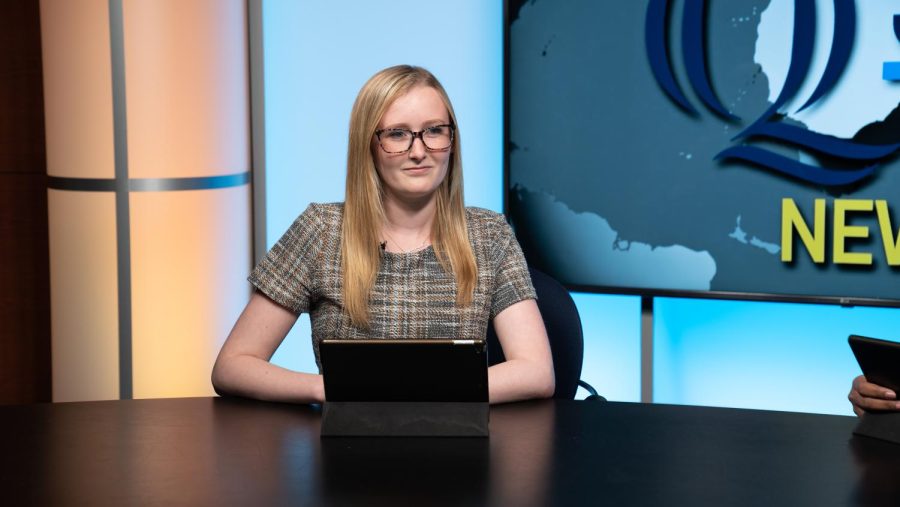 On this week’s newscast, Hannah Mirsky and Hephzibah Rajan are on the main desk for the final time. Mirsky reports on the protests on the quad in response to the leaked Roe v. Wade opinion. Katie Coen has the details on Quinnipiac’s status as an age-friendly university. Tim Malone gives an inside look into the new Innovation Hub in the School of Business.

Olivia Kettell gives updates on the Tap Out Hunger meal point drive, followed by Manny Galicki who’s in the studio to give a political news update including the recent plane crash in Minnesota. The weather report this week is brought to you by Ethan Logue, who shares the local temperatures and gives a seven day forecast.

Matt Jaroncyk is in the studio to discuss national news regarding more information on Roe v. Wade. Ben Kane has all the sports updates on the Boomies and which student athletes were honored.

Closing the newscast, Mirsky and Rajan from the desk highlight a Cheshire restaurateur who was named Small Business Person Of The Year.