On the Rocks to open Saturday 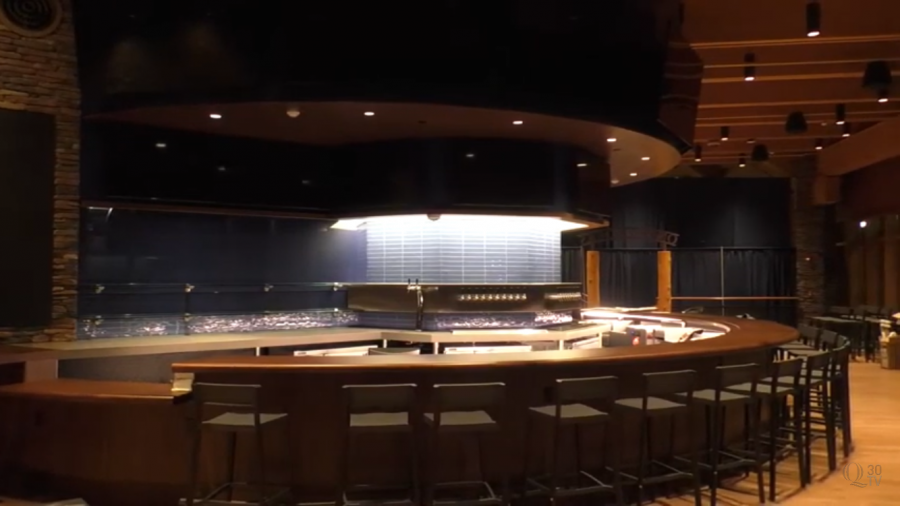 The long-awaited pub, On the Rocks, is set to open on Saturday.

The pub will have its first event as the Quinnipiac men’s ice hockey team hosts Yale for the Battle of Whitney Avenue. The event will run from 5-11 p.m. and is open only to Quinnipiac students who are 21 and over.

After Saturday, there are 17 events already scheduled for the rest of this semester and not all of the events will include alcohol.

“We’re doing trivia, beer tastings, wine tastings,” Director of Campus Life for Student Centers and Student Involvement Erin Provistalis said. “The weekend of the final four for men’s and women’s basketball teams, we’re going to be open on Saturday and Sunday. We’re going to have pints and professors night… We’re going to do a blowout Bingo…. We’re trying a lot of different things. I’m really excited about the events that we have planned. I think it’s going to be cool to see the space kind of come to life.”

As of now, six events are planned so people under the age of 21 can also enjoy the space. Beginning next week, the Student Programming Board will begin hosting its ‘Tuesday Trivia on the Hill’ nights. Comedian Shane Smith is also booked for an event on Wednesday, March 4.

The bar features pool tables, shuffleboards, flat screen TVs, a stage and it even has hooks for bags and outlets under the bar. It can fit up to 160 people at a time.

The space was designed over the summer and construction began last semester.

“Meet with the designers, architects and kind of go over options,” said Vice President for Facilities and Capital Planning Sal Filardi in response to the planning process. “We got Student Affairs and some students and some others involved, identifying what people liked, what they didn’t like.”

On the Rocks will have a variety of pub style food items on the menu including nachos, wings, tater tots, pretzels and sliders. Prices range from $6 to $19 and food can be ordered at the bar, with a kiosk or on the app, Boost. It can be paid for with students’ meal plans. Alcohol can only be paid for with cash or credit card. Beer, wine, seltzer and cider will also be served on tap.

Chartwells will provide the food and an outside company to serve alcohol. Public Safety Officers will also be monitoring the space and students will have their IDs scanned at the door to prove that they are of age.

“They’re going to be scanned,” Provistalis said. “Some events we’re going to require two forms of ID, so Saturday for example, it’s a student-only event.”

While the university is looking to fill a position that oversees the entire space, staffing is made up of student workers who have to go through extensive training. Until the position is filled, this role is split between the Campus Life staff members.

The pub project began as a Student Government initiative several years ago. SGA Vice President Allison Kuhn ’19 and the rest of the class cabinet began the initiative by learning from other schools, hosting pub nights and creating a plan.

“It’s really cool,” Kuhn said. “Four years of us working on this to have really left our mark, and we were really trying to improve the student experience. That’s why we run for SGA.”

Kuhn said that although she is not a current student, she is proud that they accomplished this together and can see other students utilize the space, as well as themselves as alumni. 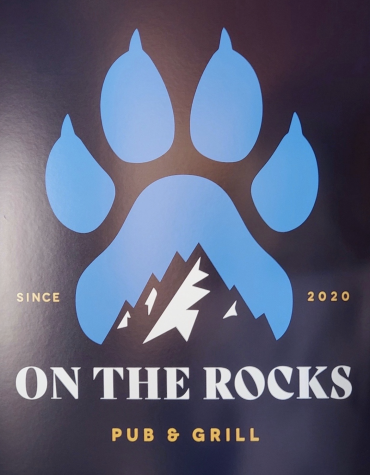 “I will never say it was my idea,” Kuhn said. “It was our idea, all of SGA, and not just the class of 2019. There were so many people that helped with this and this pub represents what people can do when they work together.”

Although On the Rocks will only be open for specific events this semester, students are welcome to hang out in the space to play games and do work.

“We’re just hoping that the students view it as an addition to the campus, you know, an entertainment venue, a social space, a space they can come and relax, hang out.” Filardi said. “It just kind of makes the whole Quinnipiac community a better place.”