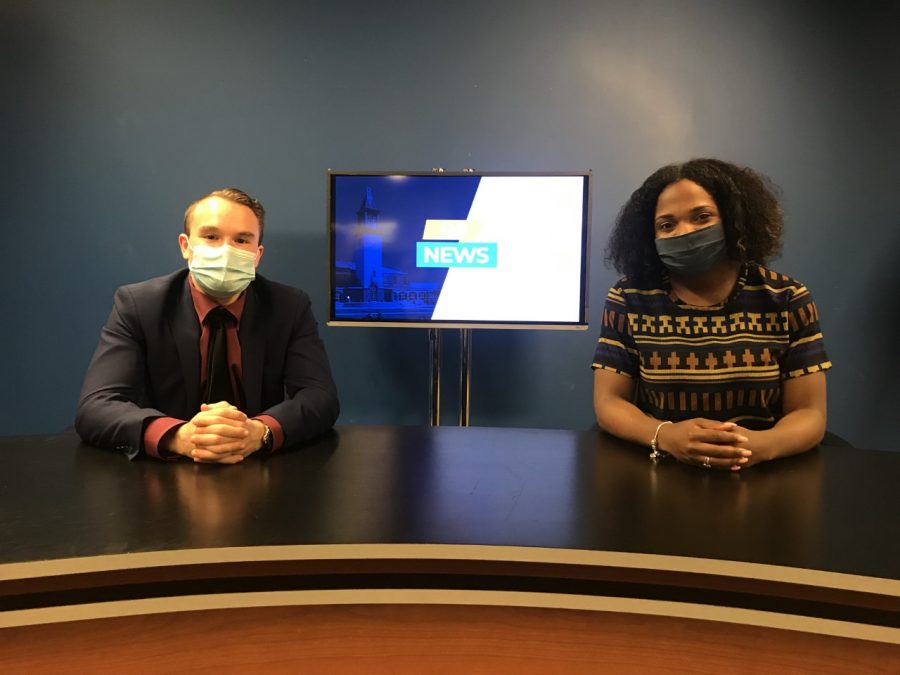 On this week’s newscast, Kaye Paddyfote and Matthew Jaroncyk are on the desk to give the updates on the latest COVID-19 numbers on campus, along with information about vaccine clinics on campus and in Connecticut.

Luca Triant has the update about a class action lawsuit against Quinnipiac University and what students on campus think about it.

From national vaccine efforts to a viral assault, many things have been going on across the country. David Kloepfer is here to explain the happenings in the national news update.

Dorrie McDaniels has the numbers for the upcoming weather for this week and the answer to whether or not the sun will be shining these next few days.

In the studio for the political news update is Samantha Perelli to talk about what is going on in and around Washington D.C.

Sydney Reynolds has the inside scoop on news in Hollywood and the overall entertainment sphere, talking about big new releases and celebrity happenings.

To end off, Hephzibah Rajan looks into a new initiative by Quinnipiac Dining for students to spend their excess meal points.