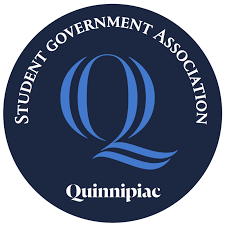 The Student Government Association’s 2020-21 executive board elections are one of many events taking a virtual perspective. Instead of going door to door or hanging posters on campus, candidates are only able to campaign through social media.

After the decision was made to close the university due to the coronavirus, the election committee discussed options regarding how elections should carry-on.

“I thought we should do E-board and Chief Justice because [the election committee] felt like doing all the elections would be so much through virtual, and it would not have been as productive as doing it in the fall,” Suesser said. “There needed to be an E-Board for the summer that was strong to carry the organization and to run elections in the fall.”

With everything that has interrupted this year’s school year, Reynolds felt as though something like having an election needed to happen in one way or another.

“We needed to give the community some sort of normalcy going forward,” Reynolds said. “I think we all agreed that it would boost morale as a whole, across the Quinnipiac community. It’s something that you see every spring, the students were expecting it, they knew it was going to happen.”

The election committee believed it would be easier to hold these elections now instead of waiting until the fall.

“We didn’t want to do a full wide all position election because we thought as long as we could get people in now, we felt as though we would have more informed voters to fill in the rest of the positions in the fall,” Calvo said.

Calvo explained how students can still be informed despite not meeting the candidates in person.

“There’s only six positions that students are running for and people are at home and they don’t have anything to do,” Calvo said. “So if people want to become well-informed voters, they can take 20 minutes out of their day and read all the candidate’s platforms and become really well-informed voters.”

Suesser and Calvo both recognized that if they did decide to wait until the fall for elections, there would be no one to run the elections and hold candidates accountable. This responsibility would have had to been placed on the SGA advisors, but they didn’t think that was fair.

“One of the big problems was that if we had waited to the fall there would have been no one to run the elections in the fall,” Suesser said.

The SGA executive board elections will take place on Tuesday, April 21, and students will receive an email with a link to vote. Elections for class cabinets will be held in the fall and will be done traditionally.

Quinnipiac University alumni and former members of SGA feel that elections for the upcoming school year could have been handled differently.

“In-person campaigning has been a staple of SGA elections for as long as I’m aware,” former Chief Justice Jack Onofrio ’19 said. “I ran in three elections and sat on two election committees before I was chief justice and can say without a doubt that election results will be changed if you take away the option for in-person campaigning.”

Former Senior Class President Mathew Corso ’19 thinks this will turn into a popularity contest because students don’t have the option to go door-knocking.

“I think this whole very quick change of online campaigning and social campaigning kind of deterred people from running for those positions because they knew it’s all about reach,” Corso said. “Obviously on campus, you can walk to more doors than someone else and you can get more votes but online you can’t really do that. I just think this online campaigning is just kind of making it a popularity contest.”

Reynolds feels as though the notion of the popularity contest would be the same if elections were held on campus.

“It’s really how much the candidates are putting into it, they’re going to get out what they put in,” Reynolds said. “I think again that’s what it’s like on campus. Some of the candidates might have a larger following on social media, but, each of them, I think have an equal chance to reach a lot of the community avenues. They’re reaching out to different organizations to PR their campaign and they’ve all been doing a great job.”

Suesser noted that all campaigns in a sense are already a popularity contest.

“Social media following would be the same if we were on campus,” Suesser said. “It’s all about getting out there, gaining traction, PR-ing your platform and I think your social status shouldn’t really play a role in an election if the voters are voting on the platform not who they know.”

Gina Divito, a junior, thinks that online campaigning is challenging the candidates in a way she has never seen before.

“I think it’s interesting because it shows their strengths and it kind of makes them step outside of their comfort zones,” DiVito said.

Jack Neri, a sophomore class senator on SGA, says in a way this could be a popularity contest if students are only voting based on the popularity of the candidate.

Many candidates are giving away items, such as gift cards and Quinnipiac apparel.

The giveaways are allowed as it states in SGA’s bylaws. Calvo says the giveaways are no different than if a candidate would go door to door handing out an item and saying go vote.

“Any item that is used or service that is provided during a campaign must be listed as market price on a candidate’s financial report form.”

“It is in policy, and it was allowed in the past,” Calvo said. “You could’ve done that in the past if you wanted to. We viewed it as if you were going door to door, people would hand out candy, or munchkins with a toothpick in it saying ‘make sure you vote,’ that’s no different.”

DiVito thinks this could be seen as bribes but recognizes that the giveaways are something to get students engaged in the election.

“I feel like doing giveaways like this is buying votes,” DiVito said. “This is no shade against any candidate but I feel like it’s different than them making stickers or pens. Giving away gift cards and stuff like that is completely different than making your own merchandise and giving it to people because they cannot profit off it in a certain way.”

“Like what Sophia and Jeremy [E-board candidates] are doing for example, where they are saying follow me and repost, I think it’s increasing voter engagement because people have free time,” Calvo said.

The SGA executive board elections will take place on Tuesday, April 21. Students will receive an email with a link to vote for the candidates of their choice. Elections for class cabinets will be held in the fall and will be done traditionally.