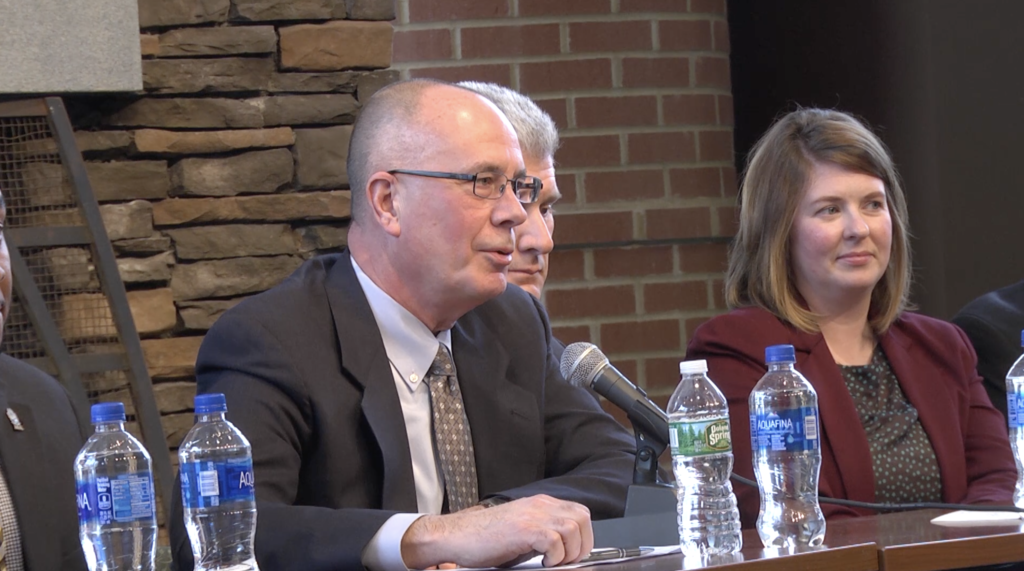 A panel of Quinnipiac administrators took to the stage in the Piazza this past Wednesday as the Student Government Association held its annual State of the QUnion. The goal of the event: to have questions answered in regards to Quinnipiac’s current projects and problems.

One of the first questions brought up during the event was regarding the frequent power outages that have occurred on the Mount Carmel campus this academic year. The administrators are looking into possible solutions to avoid future power issues.

Executive Vice President and Provost Mark Thompson was asked about the establishment of club sports on campus, something some SGA executive board candidates have been pushing for in their own campaigns. While Quinnipiac currently features unaffiliated club teams, Thompson believes that official, affiliated club sports are on the horizon.

After recent school shootings, students were reassured that public safety is armed and well trained. Assistant Chief in the Department of Public Safety James Nealy reminded students, “if you see something, say something.”

The issue of diversity on campus and among professors was another hot topic that was brought up.

“I think one of the most diverse places we see on campus is the Chartwells cafe…and we really have to look at that and think why is that the case,” Don Sawyer, Interim Associate Vice President for Academic Affairs and Chief Diversity Officer said.

Sal Filardi also confirmed that the transition of the School of Communications is still underway as they are currently in the first step of their two-step plan. He also spoke about the new York Hill residence hall that was approved by Hamden Planning and Zoning Commission just the day before.

On Thursday, QU News sent out an alert on the behalf of Lynn Bushnell, vice president for public affairs that said, “The Hamden Planning and Zoning Commission on Tuesday unanimously approved the university’s plans to build a 220-bed residence hall on the York Hill Campus.”

The new residence hall is being designed for seniors and will have air-conditioned single living spaces and three community rooms. One of these community rooms will provide additional meeting sites for the university’s various student organizations as it will be able to accommodate up to 200 people.