Quinnipiac University student who hosted the May Weekend party speaks out 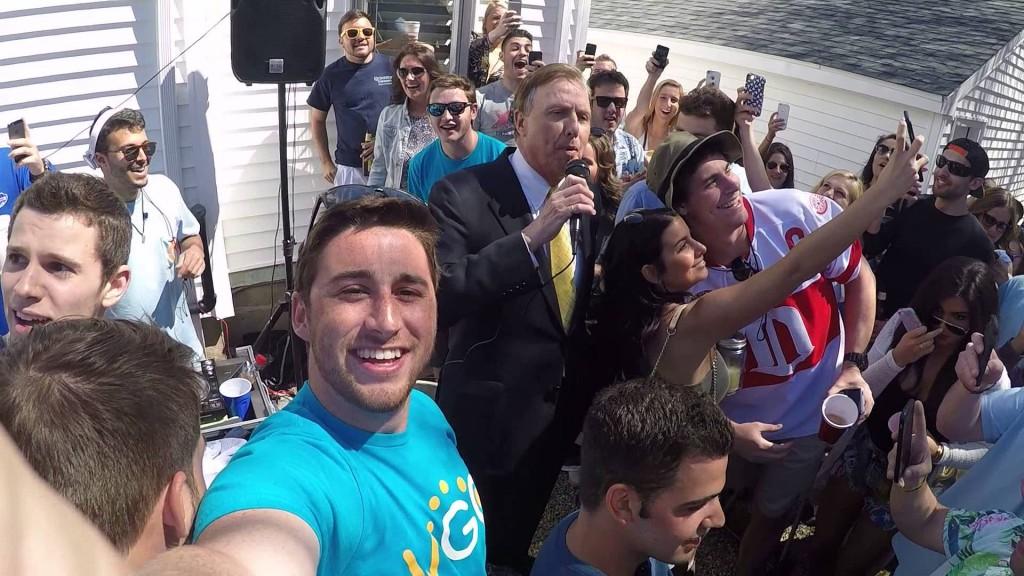 Quinnipiac University President John Lahey has been making headlines recently for both sparking a controversy after making a speech at a May Weekend party and then apologizing for the comments.

Connor McNamara, a senior who lives in the Delsole Road at the home that hosted the party, explained that the party was meant for seniors to celebrate the end of their college career.

“Originally we planned a senior only get together for graduation,” McNamara said.

Ben Kaplan, the CEO and Founder of the app WiGo, WiGo, had been in contact with Quinnipiac students to help put together the 21 and over party.

The party was originally going to be located on Washington Avenue. After Quinnipiac officials had sent out an e-mail to student residents along the street, McNamara had offered the home he shares with two fellow seniors, Rich Borek and Nick McCloskey.

“One of my friends from Washington said, ‘Hey, listen..the school reached out to us and you know, they don’t want us to have a party at Washington.’ And since I thought it was going to be a small, little senior get together, I said we could have it here.”

Hundreds of Quinnipiac students showed up to the home. Though students of all ages may have been drinking, the home owners and WiGo did not provide any alcohol.

A special guest then showed up – President John Lahey. Lahey proceeded to make a speech to the students at the party, stating, “I outlawed May Weekend 15 years ago, but apparently the message hasn’t gotten out. You guys are living proof that May Weekend still exists.”

The students who live on Desole Road did not invite the President to the party. Former student body president, Mostafa Elhaggar, explained that he had invited the university President to the event.

“Well, I was at the Senior and Undergrad Award ceremony earlier that day and he was there giving his speech and being present. We had a conversation and I told him he should stop by. It was casual,” Elhaggar said.

As video of Lahey’s speech went viral, news networks and websites, such as Total Frat Move, had gotten wind of what had happened.

The statement said, “In speaking to students at the house party, and in an obvious but ill-advised attempt to be humorous with them, I unfortunately made light of what is clearly a serious matter with respect to off-campus student housing in Hamden. I deeply regret having made these remarks, for which I sincerely apologize.”

Overall, McNamara believes that this situation can become a positive for the relationship between Quinnipiac students and Hamden residents.

“I didn’t really know my neighbors before Saturday,” McNamara explained. “However, as a resident of the off-campus house and as a student, I found it cool that I was able to quickly communicate with the neighbors who were outside wanting to know what was going on. We respected them and they respected us.”