An in-depth Quinnipiac baseball preview: Bobcats looking for repeat in 2020 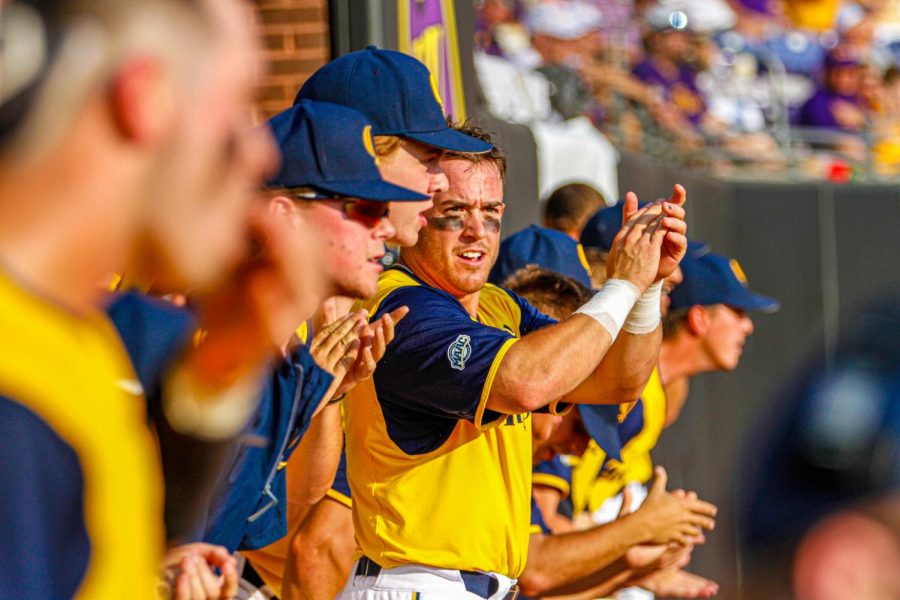 Just one year ago, the tone surrounding the Quinnipiac baseball team was very different.

It was coming off a third consecutive sub-.500 season, a 1-2 showing at the MAAC Tournament, and the loss of program luminaries Taylor Luciani, Brandon Shileikis, and Ben Gibson. Another valiant effort, but not much more, was to be expected in 2019.

12 months later, the conversation has fully flipped. The Bobcats enter 2020 as the preseason MAAC favorite, the reigning conference champions, and with a NCAA Regional win over the No. 10 East Carolina Pirates in their back pockets. For the first time since John Delaney took over the program in 2015, the expectation is another MAAC title and nothing less.

Though it still plays at one of the worst facilities in college baseball, Quinnipiac brings back an exciting team to Hamden in 2020. The losses are notable and will sting, but the core necessary to make another postseason run is in place.

Below, we’ll preview the Bobcats’ hitting and pitching units by comparing the 2019 performance of its returnees to the rest of the conference. Two important caveats: for the sake of uniformity, only numbers from conference games (MAAC vs. MAAC) are used. For the purposes of answering the questions this article is asking, only statistics from returning players are used. The last two columns of the tables have the number of qualified returners and total returners.

The Bobcats were a good offensive team in 2019, finishing in the top half of the conference in most categories. But given that half of the MAAC’s top ten qualified hitters have departed, things look much better for Quinnipiac going forward.

The best of those top ten hitters returning to the MAAC this year? That would be Bobcats outfielder Andre Marrero, who posted a 183 wRC+ (an all-encompassing offensive metric where 100 is league average and higher is better) in his junior season and was named as a member of the All-MAAC First Team and 2020 All-MAAC Preseason Team. The West Springfield, Massachusetts-native broke out by slugging 10 home runs in 2019 after hitting just three over 81 games in his first and sophomore years combined. Not to be overlooked is Marrero’s team-leading 20 stolen bases last year, cementing him as one of the top power-speed threats in the Northeast. 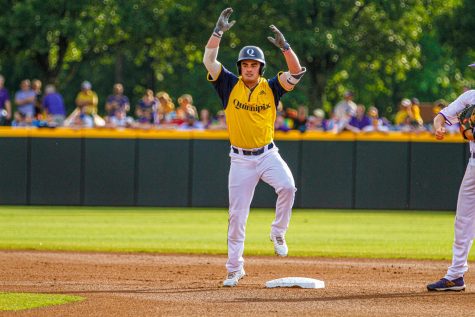 Quinnipiac will also benefit from the return of Colton Bender, whose breakout sophomore season was a huge factor in the team’s playoff run (he hit .409 between the MAAC Tournament and NCAA Regional). Bender cracked the All-MAAC Second Team as a designated hitter but did make this year’s preseason all-conference team as a backstop. His dramatic increase in isolated power (total bases from extra-base hits per at-bat) from his first-year season (.031 to .130) as well as some of the best defensive fundamentals among catchers in the nation should continue to benefit the Bobcats immensely.

Marrero and Bender are joined in the starting lineup by junior Ian Ostberg, who cemented himself as the primary first baseman by year’s end but can play all over the diamond, and senior Evan Vulgamore, who should start at third base but can play a center field if necessary.

The Manhattan Jaspers, led by the two-headed monster of Nick Cimillo, the 2019 MAAC Rookie of the Year and 2020 Preseason Player of the Year, and Matt Padre, and a well-rounded Canisius Golden Griffs program will join the Bobcats at the top of the offensive charts in 2020. While the Marist Red Foxes have solid numbers in the table above, they come courtesy of just two qualified players — not exactly a recipe for sustained success.

Good pitching is always significantly more difficult to come by than good hitting in the college game. This is a result of many factors, namely metal bats that promote more offense, an abundance of young pitchers whose arms have not yet reached their full potential, and inconsistencies in the quality of playing surfaces and fielders.

Stats like OPS- and ISO- (where 100 is league average and lower is better) neutralize the first two factors by putting the raw numbers in context. FIP, an ERA estimator that strips out anything that can be impacted by the defense (in other words, only including strikeouts, walks, and home runs), attempts to address the other issues of analyzing collegiate pitching.

The 2020 Bobcats are faced with a challenge that, depending on how they navigate through it, will say quite a bit about the true strength of the program and its ability to be a year in, year out MAAC powerhouse going forward (as its 2019 playoff performance would otherwise suggest).

Blake DeCarr (four) and Derek Goldrick (five) combined for nine starts last year and can take the ball for midweek games or in a doubleheader if necessary, while first-year left-hander Brandyn Garcia can give the Bobcats innings as well.

Correira will assume an increased role in 2020. As a sophomore in 2019, the Rehoboth, Massachusetts, native recorded a 5.58 FIP in conference play, placing him 14th out of 18 qualified returners. While he showed flashes of solid play throughout the year, a lack of consistency and inability to avoid big blow-up innings ultimately doomed him. In six of his 13 starts, Correira allowed all of his runs in a single inning. 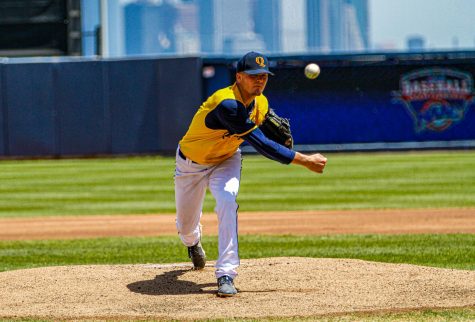 The bullpen takes a major hit as well, with the graduation of 2019 MAAC Reliever of the Year Andrew Workman figuring to place more responsibility on the shoulders of left-hander Colin Donnelly and juniors Connor Mahoney and Joe Preciado. Donnelly was a major factor in the Bobcats’ magical run last season, posting a 1.10 ERA (2 ER/16.1 IP) in four playoff outings.

In a conference not lacking in solid number one starters — Iona’s Stephen Hansen, Marist’s Alex Pansini, and Manhattan’s T.J. Stuart, to name a few — the Bobcats need at least one of their arms to establish themselves as a reliable option. Otherwise, the path to a repeat title becomes significantly more difficult.