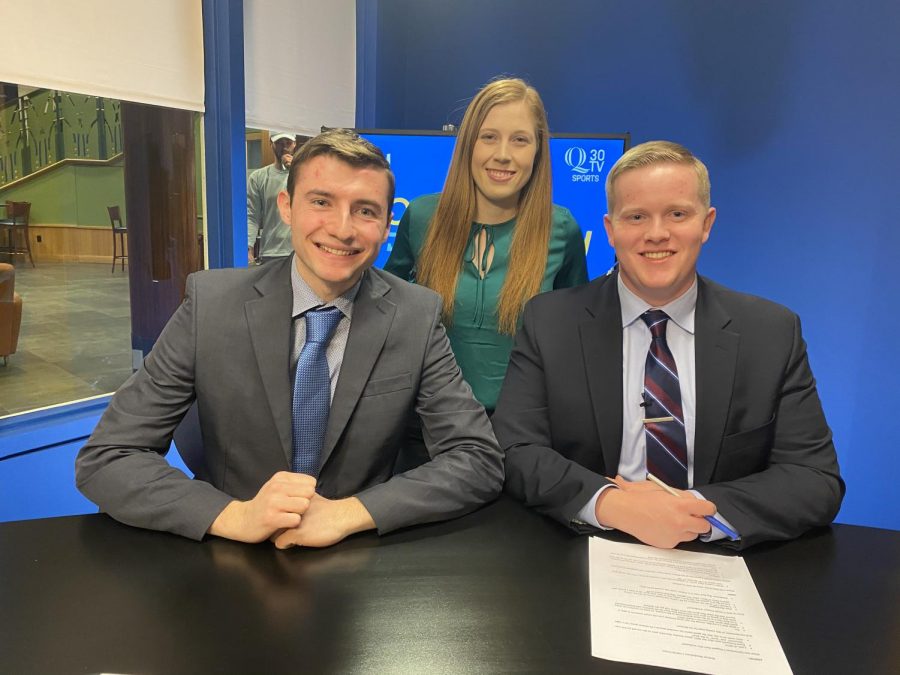 This week on Bobcat Breakdown, Megan MaHarry makes her Breakdown debut as she hosts Mike Dalton and Eric Kerr, who are ready to debate the latest in Quinnipiac athletics.

The men’s ice hockey team lost the championship game of the Connecticut Ice tournament this past weekend and they guys debate what the team’s biggest flaw was that caused it. Also, men’s basketball’s Rich Kelly hit the 1,000 point mark, so Eric and Mike make their predictions of where Kelly will sit on Quinnipiac’s all-time points list at the end of his Bobcat career.

Joe LoGrippo calls in from the People’s United Center to talk about the women’s ice hockey team and how the game against No. 6 Princeton went.

Meanwhile, this women’s basketball team isn’t talked about like the powerhouses that have come through Quinnipiac in years past, Eric and Mike give you reasons why a MAAC championship is still very much on the table.

All this and so much more, only on Bobcat Breakdown.