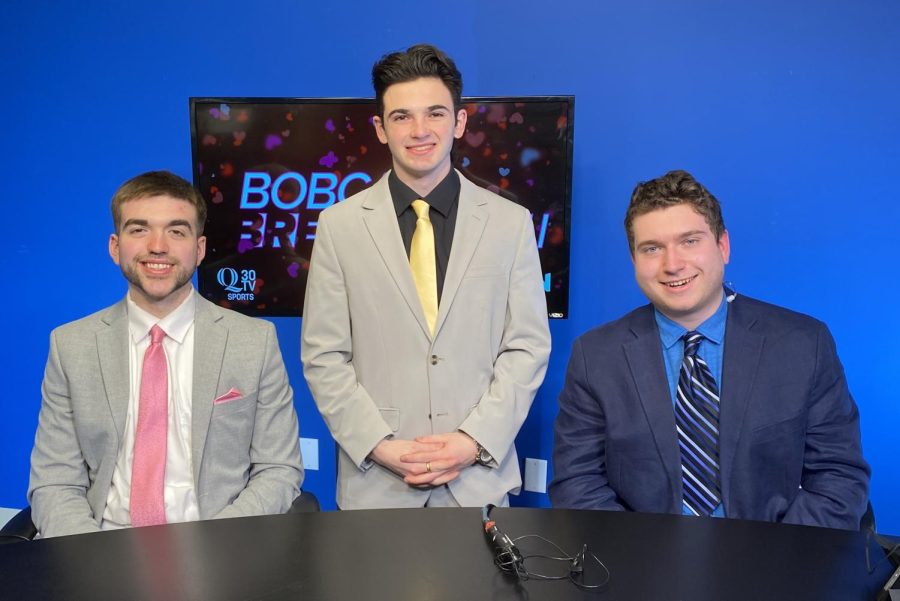 On this week’s edition of Bobcat Breakdown host, Matt Mugno was joined by basketball analysts Jon Surratt and Joey O’Donoghue. The show began with the guys debating the Quinnipiac men’s basketball team’s recent loss to Manhattan and what needs to change. They then talked about the team’s game plan and if it was working. The debate then shifted to the women’s side of Lender Court and specifically Mikala Morris’ recent play as the junior has posted four straight double-doubles. Then seeing that Sunday was senior day for the women’s team, the guys gave their picks on who has been the most impactful senior for the program.

Following a break, Jon and Joey gave their weekend grades for the Quinnipiac men’s ice hockey team as well as their picks on who will take home the Hobey Baker Award this year for the nation’s top college hockey player. They also talked about the Quinnipiac women’s ice hockey team and if they are finally over the hump following a road win against Harvard and if goaltender Corrine Schroeder is back to her early season form. The show then concluded with the QBSN Game of the Week and Final Roars.