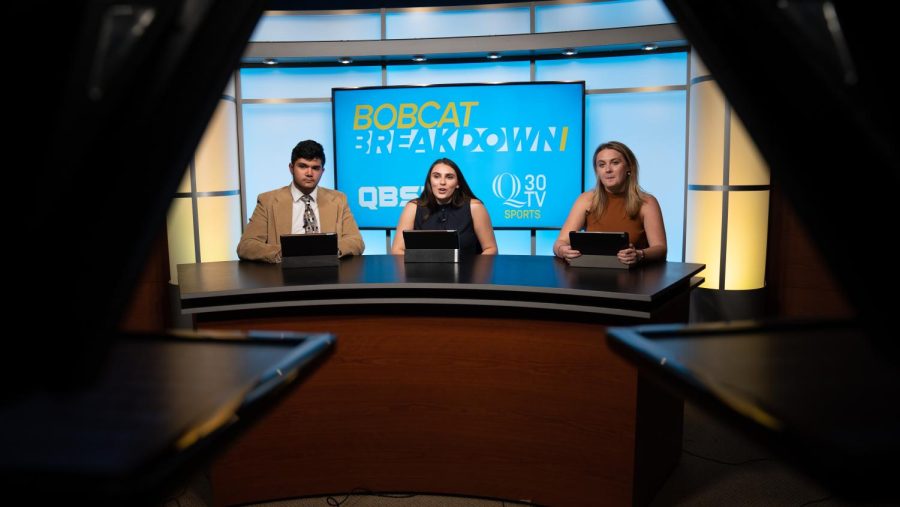 In the semester finale of Bobcat Breakdown, Heather Owen hosts with Hannah Smith and Ben Kane joining the desk as analysts. To start off the show, the three reflected on the entire year in athletics and talked about who is the team of the year. Afterward, they honed in on one player for their MVP of the year. The discussion quickly switched over to the team and players that surprised them over the past year, for better or for worse.

After the break, Hannah and Ben tried pulling back the curtain into the future and debated what coach would best elevate their program to new heights by this time next year. The two ended the debate portion of the show talking about their MVP in 2023. Heather, Hannah, and Ben also took the viewers behind the scenes to show what goes into producing the show. Heading into the home stretch of the show, Heather, Hannah, Ben, and Ethan Logue give the final roars of the semester.