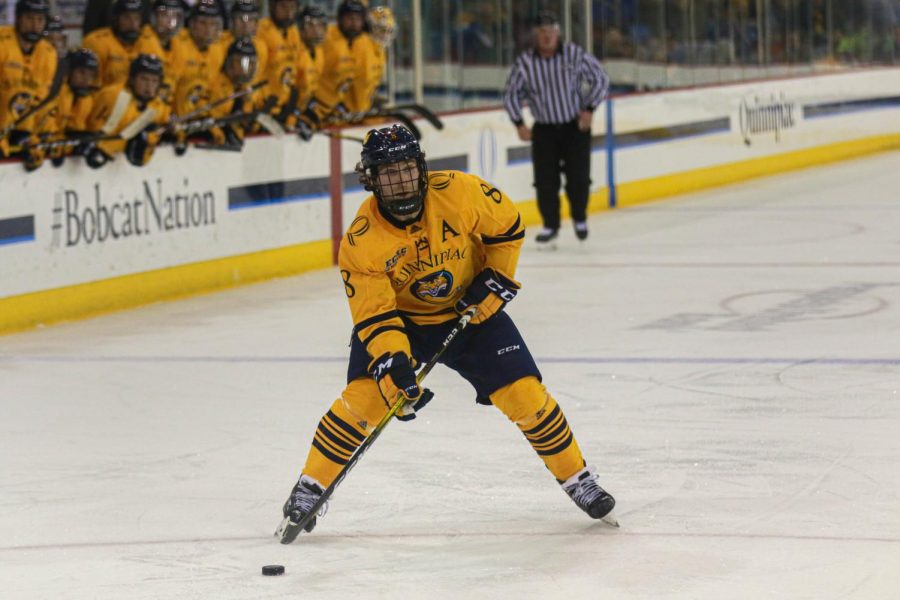 The Quinnipiac men’s ice hockey star is staying in Connecticut.

Whelan is the first Quinnipiac graduating senior to sign a professional contract after Quinnipiac’s season was cut short in the ECAC Hockey tournament due to the coronavirus pandemic.

He was part of a three-player graduating class along with Nick Jermain and Karlis Cukste. As of now that’s all the Bobcats will lose heading into next year as Chip Malafronte of the New Haven Register first reported that Keith Petruzelli, Peter DiLiberatore and Odeen Tufto will return to Hamden instead of turning pro.