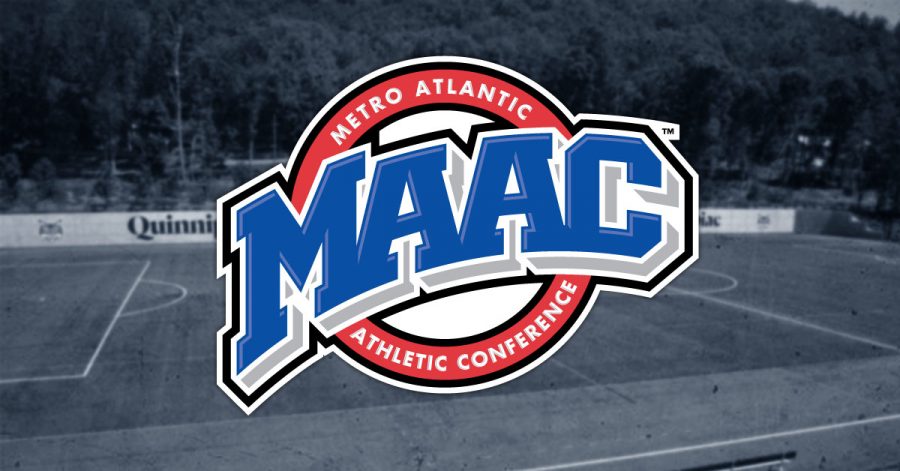 If all goes well between now and then, college sports will be back in the fall — and only slightly later than usual.

The Metro Atlantic Athletic Conference announced on Monday that September 11 will be the earliest possible date to schedule fall sports contests.

The measure was approved by the MAAC Council of Presidents, which met last week to continue discussing a plan to safely return to action following the suspension and cancellation of winter and spring sports in March due to the coronavirus pandemic.

It is a setback to be sure, but one that Quinnipiac’s coaches and players will certainly take in exchange for the opportunity to compete in the fall.

During the 2019-20 season, the earliest game played on campus was a field hockey matchup between the Bobcats and the Merrimack College Warriors on August 18.

Monday’s announcement also came with the approval of the Conference’s Return to Campus and Athletic Activity Action Plan, a 15-page document that contains recommended guidelines for the 11 member institutions to follow with regard to safely starting the season.

An attachment to the plan contains a “social responsibility pledge” that student-athletes must read and sign in order to participate in league games.

Additionally, the MAAC reaffirmed the key elements of the June 8 announcement, which established several cost-containing measures for the 2020-21 year including the reduction of the Conference’s operating budget by 20 percent and officiating fees by 15 percent.

The Conference implemented a dues holiday that will save each member institution $65 thousand, eliminated award shows and team banquets, and reduced postseason formats to four teams (from six) for at least five sports.

That final change is a potentially significant one. Rider, for example, won the men’s soccer championship in 2018, defeating Quinnipiac after finishing with the Conference’s fifth-best regular season record. Under the new rules, the Broncs would not have qualified.

Though the shift is planned for one year only, outcomes could be heavily affected.

Also worth mentioning: teams will be allowed to schedule non-conference games against non-Division I opponents, which was previously only an option for basketball programs.

It will be an opportunity for schools to cut down on both travel costs and the health risks posed by interstate trips.

Some of the more notable points from the MAAC’s Return to Campus and Athletic Activity Action Plan are outlined below.
Overview
1. Schools are advised to follow federal, state, and local guidelines before beginning the process of returning student-athletes to campus. Those regulations take precedence.

3. It is advised that schools take a three-phased approach to re-socialization.
Preparing for a return to campus
1. Student-athletes and staff should be symptom-free for 14 days before traveling to campus. As part of contact-tracing efforts, they will be advised to keep a list of close contacts over that 14-day period.

2. International student-athletes returning from abroad will be asked to adhere to the current CDC guidelines as well as institutional policies.

3. Only those flying back to campus will be asked to self-quarantine for seven days prior to travel.

4. Individuals deemed as “high risk” should determine whether returning to campus is safe and follow the recommended CDC guidelines.
Upon returning to campus/athletic facilities
1. Student-athletes and staff will have their temperatures taken prior to entering all athletic or medical facilities.

2. Institutions will be asked to prepare for having the capabilities to test those returning to the facilities before any athletic activity takes place.

3. Tested individuals will isolate until results are obtained.

4. Schools will individually develop educational sessions that will be presented to student-athletes, coaches, and staff to emphasize the importance of physical distancing, good hygiene, proper use of face coverings, and reporting of any signs or symptoms.

5. All athletic personnel will be advised to keep detailed logs of their daily activity and close contact interactions with others.

2. Group gatherings, like team-bonding activities outside of practices, will be prohibited.

3. Building entry points will be limited.

4. Social distancing and face covering guidelines will be in effect during weight room and outdoor fitness sessions.

5. When practicing outdoors, individuals must remain six feet apart when at rest.

6. Locker room layouts may be adjusted.
Returning to exercise and individualized athletic activity
1. Return to exercise will be incremental. Timing will be dependent on federal, state, and local guidelines.
Travel during competition
1. Schools should consider limiting the number of people in their travel parties to essential personnel.

2. Teams should drive to events where possible.

3. Temperature checks and symptom screenings will take place before departure. Those exhibiting symptoms will not be allowed to travel.
Response to new or presumed infection
The following protocol will be used for a student-athlete or staff member who tests positive.

1. The individual will be isolated with daily symptoms and temperature monitored.

2. Contact-tracing and notification protocol will be followed.

4. People who came into close contact with the positive individual must quarantine at home for 14 days or duration specified by national guidelines.