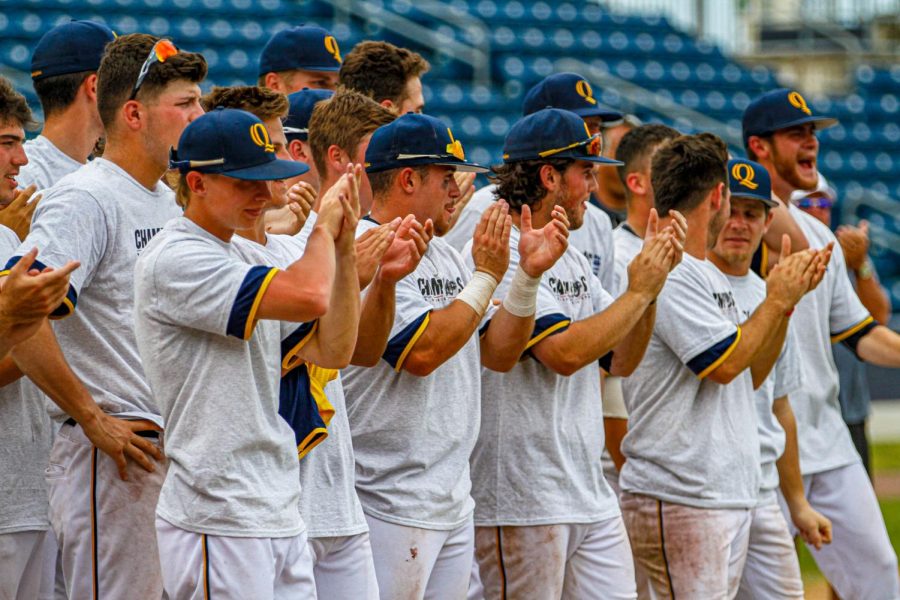 For the first time since 2005, the Quinnipiac Bobcats baseball season will continue past conference play. John Delaney’s squad will travel to Greenville, North Carolina, where they will participate in an NCAA Tournament Regional alongside the host East Carolina University Pirates, the North Carolina State University Wolfpack, and the Campbell University Fighting Camels.

As the fourth-seeded team in the double-elimination bracket, Quinnipiac will open the weekend with a matchup against East Carolina at 6 p.m. on Friday.

How they got here

The Bobcats steamrolled through the Metro Atlantic Athletic Conference, winning nine of their last 12 conference games to secure a share of the regular season title and finish with 29 wins — tied for the most in program history. Quinnipiac would then go on to sweep the MAAC Tournament in Staten Island, New York, winning its first championship in a thrilling 13-inning contest against Fairfield and earning an automatic bid into the national bracket.

The Bobcats boast a roster full of award winners, including Brian Moskey, the Most Valuable Player of the MAAC Tournament. Joining him in the lineup are all-MAAC first team selections Andre Marrero and Ian Ostberg, while starting pitcher Tyler Poulin was named to the team as well. Andrew Workman became the first Bobcat to win a major MAAC award when he was named the conference’s Relief Pitcher of the Year.

Quinnipiac is guaranteed to play at least two games in Greenville this weekend. Following the matchup with the Pirates on Friday, the Bobcats will play either the Wolfpack or Camels — whichever comes away with the same result — on Saturday (11 a.m. with a loss, 4 p.m. with a win).

The championship game is scheduled for 6 p.m. on Sunday at Clark-LeClair Stadium, with an “if necessary” game slated for Monday at 1 p.m. The winner will advance to the Super Regional against the winner of the Louisville Regional.

East Carolina, the tenth-ranked team in the nation according to D1Baseball.com, will be just the second ranked opponent that Quinnipiac has faced this season, following a two-game split with Wake Forest in February.

Despite producing 39 hits in three games in Staten Island, Quinnipiac received very little production from two of its best hitters, Marrero and Evan Vulgamore, who combined to hit .103 (3-for-29) on the weekend. The additional production throughout the lineup is certainly welcome, but the Bobcats need the players who got them to this point to be on top of their game.

The Quinnipiac bullpen is an interesting group, as it features Workman and Colin Donnelly (who threw 10.2 scoreless innings in the MAAC Tournament) alongside a collection of underclassmen who do not carry the requisite experience to be heavily relied upon in this setting. As such, it’s imperative that the Bobcats’ starters, Chris Enns on Friday and Poulin on Saturday, provide enough length so as to keep the bullpen fresh for the most important moments.

The Bobcats carry the least amount of pressure into the weekend compared to their opponents, one of which must win in front of its home crowd. Still riding the high of a conference championship, this team refuses to listen to anyone that calls it a longshot.