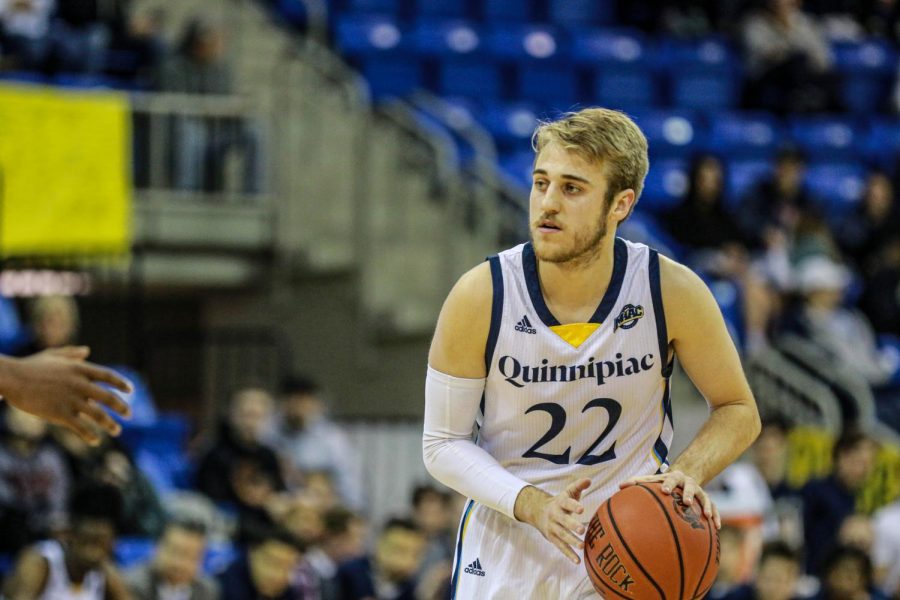 Another one bites the dust… Possibly.

Quinnipiac guard Rich Kelly has decided to enter the NCAA transfer portal. Kelly, though, says he has not ruled out returning to Quinnipiac.

After careful consideration, I have decided to enter the transfer portal and evaluate all my options for next year. I have not ruled out returning to Quinnipiac.

Kelly, a nearby Shelton, CT-native, has thrived as a Bobcat. He was part of Tom Moore’s final recruiting class. When Moore was fired, Baker Dunleavy honored the scholarship and Kelly became a key piece in the Quinnipiac system.

He was a member of the all-MAAC rookie team his first year and was second-team all-MAAC the last two seasons.

Kelly has started all but two games in his Quinnipiac career. He averaged a career-high 16.7 points per game in 2019-2020, along with 4.5 assists per contest.

Kelly is now the third Bobcat to enter the transfer portal. He joins Kevin Marfo and Nathan Davis who both intend to leave Quinnipiac.

If Kelly were to leave, the Bobcats would have Savion Lewis as the point guard. The red-shirt freshman appeared in only eight games, averaging 6.5 points per contest, before suffering a season-ending injury this season. Tyrese Williams would most likely end up taking a lot of the load off Lewis as a combo guard. He started all but one game this season, averaging just under 10 points per game. Sophomore Ty Pickron is another option at the guard spot, though he has primarily played more off-the-ball with red-shirt freshman Matt Balanc.

The Bobcats could have at least four roster spots open up next season with just one known recruit coming in (Tymu Chenery).