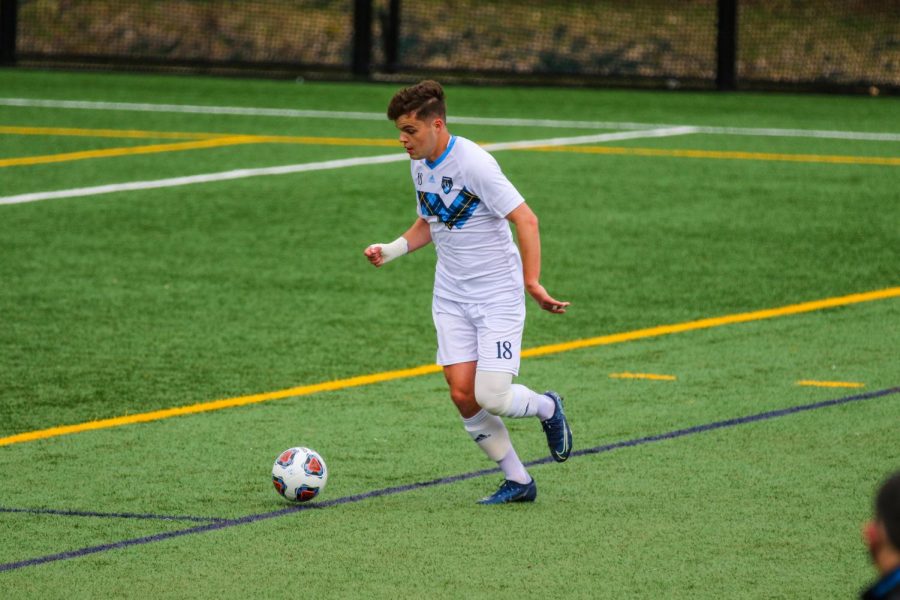 The Bobcats won the game by a score of 2-1, with junior Tomas Svecula scoring the winning goal from the penalty spot in the 65th minute.

It was Quinnipiac’s first victory over Boston College since 2007, bookending 11 winless meetings.

The Bobcats got off to a slow start, conceding an early goal to the Eagles’ number eleven, junior Mike Suski, after he beat two defenders and powered it into the top right corner.

Quinnipiac went into the half down 1-0 but turned it around with a flurry of substitutions made by head coach Eric Da Costa.

“We’re really deep this year, and a lot of that comes with the fact that we pretty much have two seniors classes this year,” Da Costa said.

The first goal for the Bobcats came in the 62nd minute with substitutes Noah Silverman and Jason Budhai  combining with Jordan Bennett, to give Budhai his first goal of the season.

“Once the subs came in off the bench they had an immediate impact, and that’s what we expect from having such a deep squad,” Da Costa said.

Due to the pandemic, crucial players such as Griffin Scaglia, Simon Hillinger, Paulo Soares, and Jared Mazzola received an extra year of eligibility.

“We’re grateful to have these guys here, and we know they’re here for the right reasons,” Da Costa said. “ We are not only looking forward to their performances on the field, but also the leadership that these guys bring.”

The Bobcats now turn their attention to next Friday, Sep. 3, as they look to take down the Riverhawks of UMass-Lowell at 4 p.m. in Hamden.