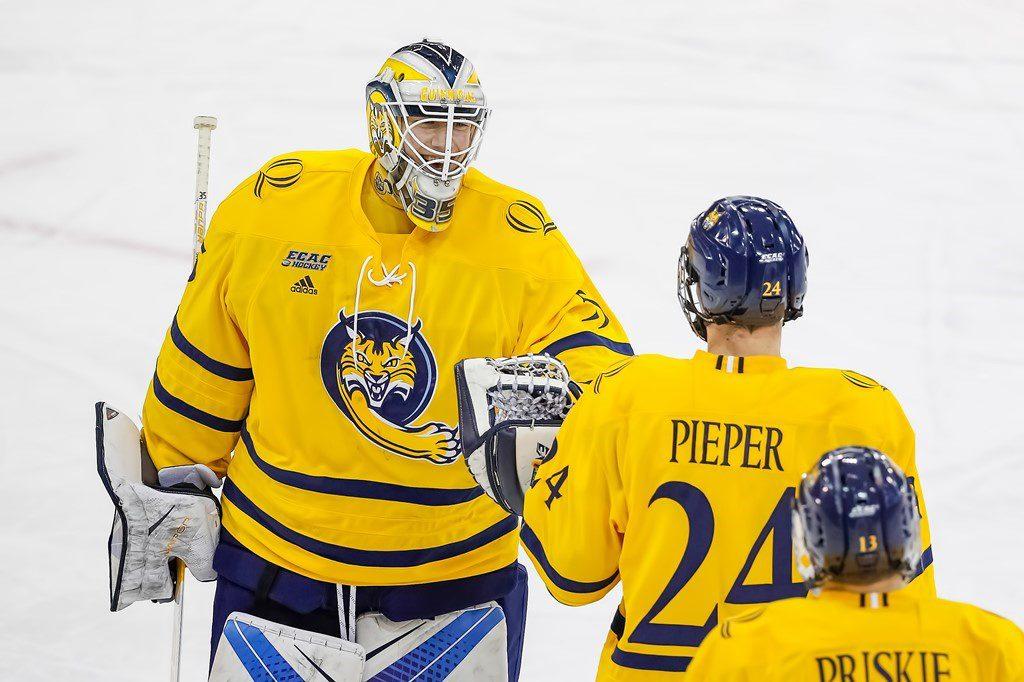 Four goals in a game is a recipe for success.

The Quinnipiac men’s ice hockey team “roared for four” on Friday night, taking down No. 3 Clarkson. On Saturday, the Bobcats only needed the first period to score four times en route to a 5-2 win over the Saint Lawrence Saints at the Frank Perrotti, Jr. Arena.

With the victory, Quinnipiac is now 7-1 when it puts at least four goals on the scoreboard.

Great teams don’t play down to the level of  their competition. Despite Saint Lawrence sporting a conference worst 2-12-1 record entering Saturday night, Quinnipiac maintained the same passion it displayed against Clarkson. For senior Bo Pieper, this passion was reminiscent of when Quinnipiac made the national championship. 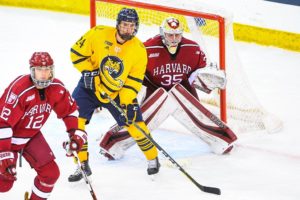 Pieper was crucial to Quinnipiac’s offense on Saturday. The Minnesota native scored his ninth and tenth goals of the season in the first frame alone. Pieper’s two goals Saturday and one assist on Friday night gives him five points in the last four games. No current Quinnipiac player has scored more goals than Pieper since the start of last year, a good player to have red hot.

Pieper wasn’t the only Bobcat to find the back of the net twice against the Saints. Defenseman Brogan Rafferty broke out for his best game of the year, netting his second and third goal of the season, while adding an assist to lead all scorers. 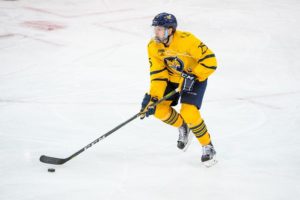 “We don’t take anything lightly,” Rafferty said. “Every game we’re trying to play like we’re playing a top five team, and we’re trying to bring that intense speed and that passion to the game. We’ve got to do that for the rest of the year.”

Rafferty’s words echo head coach Rand Pecknold who says the team should be ready to go every night, regardless of the competition. After stressing the importance of facing adversity throughout the week, Pecknold was pleased with his team’s effort against the Saints.

“I liked our demeanor on the bench when we went down one to nothing,” Pecknold said. “I thought there was no panic. We handled adversity really well tonight. It’s been an issue this year, but I thought it was great. A lot of selfless hockey, that’s how you win games.”

Rafferty wasn’t the only Bobcat to have a breakout game.

“(Forchuk) is going to score for us, it’s just taking him a little time,” Pecknold said. “He’s a really good hockey player and he’s been playing a lot better over the last couple weeks, and it’s just a matter of time before he starts putting up some numbers.”

The Bobcats’ weekend sweep of Clarkson and St. Lawrence propels them to eighth in ECAC Hockey, surpassing Yale.

Quinnipiac will look to keep the ball rolling when they travel to Yale and Brown next weekend, attempting to add four more precious conference points. 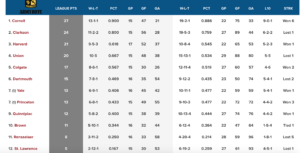