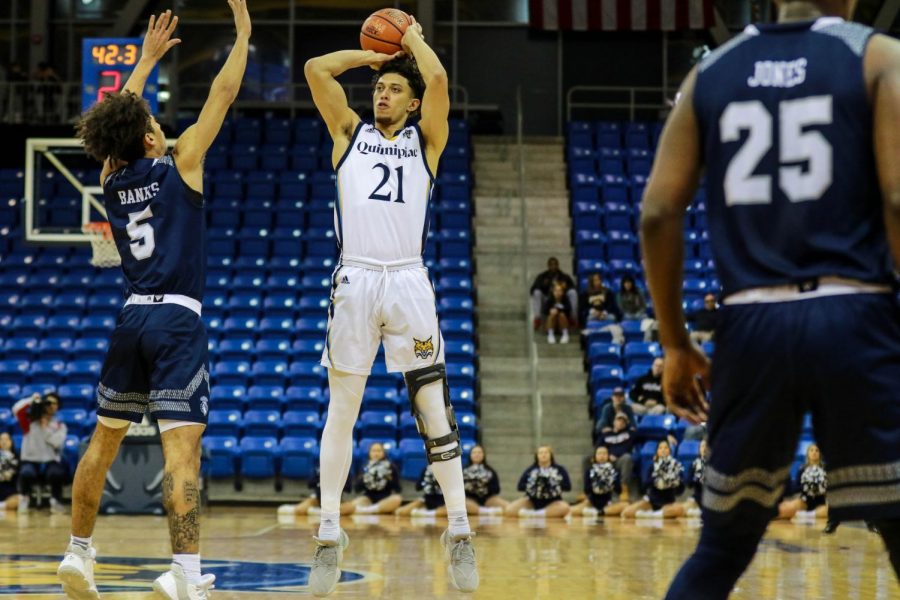 Nathan Davis is on the way out of Hamden.

The red-shirt sophomore forward has entered the NCAA’s transfer portal.

Davis only appeared in eight games this season, seeing his first action of his NCAA career. He scored just three points in 15 minutes total.

The Denver, CO-native was part of Baker Dunleavy’s first recruiting class but injuries have derailed his Quinnipiac tenure.

Davis never made a big impact as part of Quinnipiac’s rotation. He now will look elsewhere.

He joins Kevin Marfo as Quinnipiac players to enter the transfer portal this week. The Bobcats will lose those two, as well as Aaron Falzon to graduation.