Rugby advances to NIRA semifinals with 55-7 win over Norwich 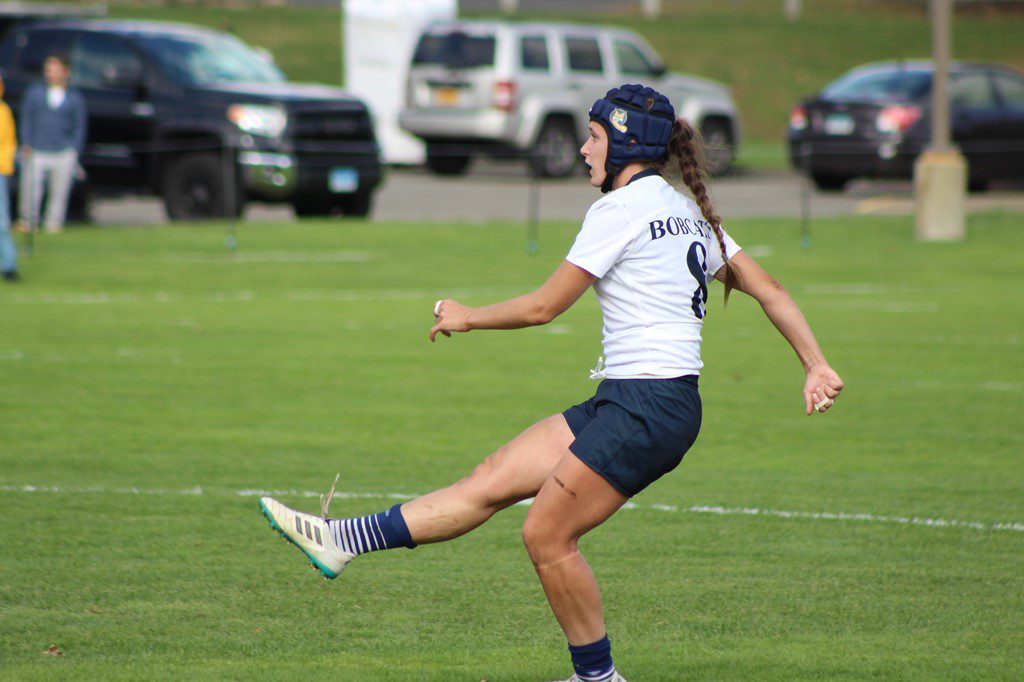 Follow @Kyle_Levasseur
When the National Intercollegiate Rugby Association playoff bracket was released, the No. 2 seeded Quinnipiac Bobcats were not pleased with their seeding.

However they turned motivation into success as Quinnipiac dominated Norwich 55-7 at home on Saturday in the quarterfinals.

Despite Quinnipiac being ranked the No. 1 seed at the end of it’s regular season, the NIRA awarded Dartmouth the top seed. Before Quinnipiac’s quarterfinal matchup against No. 6 Norwich, head coach Becky Carlson shared her team’s thoughts on the seeding. 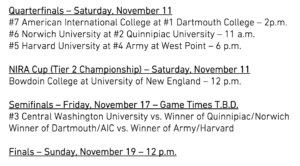 “It felt sad, it felt wrong, but we can’t do anything about it now,” Carlson said. “Strength of schedule in every college sport matters, and I think it was a sad day for our conference that our league administrators didn’t take that into consideration, because the championship for the NIRA isn’t about getting more championships for any one individual school. It’s about credibility for our sport. It’s about building it.”

“It’s about making it interesting and something that American fans understand and follow,” she said. “American fans don’t understand what just happened. Going in the number one seed, having a bye week, no games of significance were played that weekend and we lost our one seed. Our team’s made a commitment to not let that deter us.”

Saturday was the fourth game this year that the Bobcats have held their opponents to one try or less.

One reason for the stellar defense has been senior prop Jess Maricich who recorded her 200th career tackle against Norwich, becoming the first player in program history to reach the milestone.

“I am so excited, but beyond that I feel incredibly blessed to have a team and fans that are so supportive of an accomplishment that I was really proud of,” Maricich said while holding a jar of beads and wearing two bracelets, with each bead representing a career tackle. 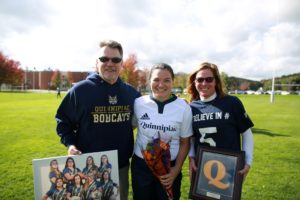 On the offensive side, senior Flora Poole stayed red hot recording two tries and four assists. Poole now leads the team with 20 assists this season, 12 of which have come in her last three games.

“It took us a little bit to warm up, especially in the backline,” Poole said. “Forwards were absolutely fantastic, but in the back just coming on to pace, direction, movement of ball in the second half especially was just beautiful.” 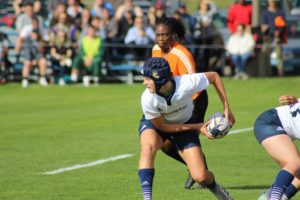 Maher hopes to keep the explosive offense rolling when Quinnipiac faces No. 3 Central Washington on Friday.

“It’s exciting to get to play them again,” Maher said. “Those are the games that are just constant and never stopping. You’re going one hundred percent on everything and every play. You can never let up in one of those games.”

Despite being seeded behind Dartmouth and Quinnipiac, Central Washington will be fully rested for Friday, as they had a bye in lieu of a quarterfinals game.

“Nobody wants to see Quinnipiac win again,” Carlson said before the playoffs began. “I said to the team, there’s no better opportunity now, than just to shove it in everybody’s face.”