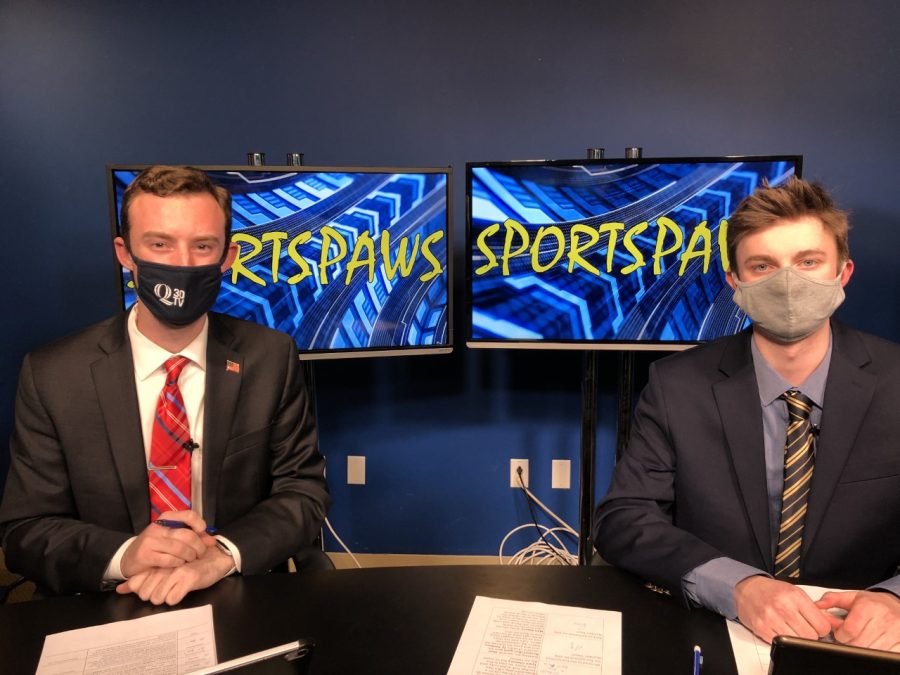 This week on Sports Paws, Ross Meglin and AJ Firnrohr took the desk. The two kicked the show off by recapping the events of the Connecticut Ice Tournament. Then, they transitioned to the Women’s Ice Hockey play and discussed the results of the Colgate and Cornell matchups. After that, Ross and AJ announced the updated USCHO for both the men’s and women’s teams.

To finish off the show, Ross and AJ discussed how a former Bobcat made the Olympic hockey team and Ilona Maher being named Player of the Final. Next, they revealed the top 5 plays for the week. Finally, Ross and AJ previewed the matchups to look forward to for next week.