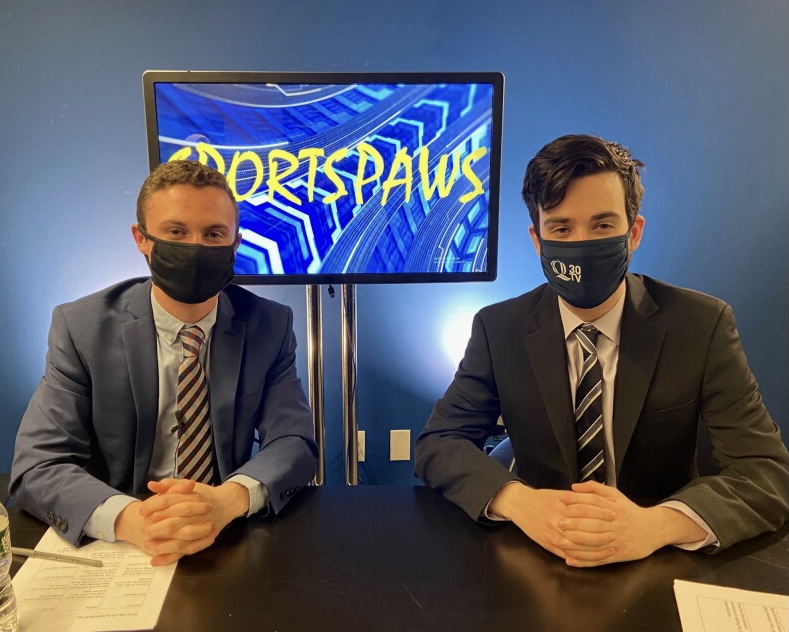 This week on Sportspaws, Jacob Resnick and Joe LoGrippo took the desk to recap Quinnipiac Field Hockey’s matchup with Providence, and the Bobcats’ performance in the MAAC Volleyball tournament.

Next, the hosts discussed the slow start to the Men’s Lacrosse season, as beat reporter Ryan Coope joined the show to discuss the team’s expectations and key players to watch as they close their season.

After the break, Jacob and Joe recapped how Quinnipiac Baseball fared in their busy weekend as they faced Niagra for two doubleheaders. They also took a look at the latest results in Women’s Lacrosse and Men’s Soccer.  Next, they were joined by Softball beat reporter Kylicia Smith to discuss Quinnipiac Softball’s early struggles in their season, as well as new faces who could be stepping up soon.

As always, the hosts finished off the show with the Top 5 plays of the week in Quinnipiac Athletics.