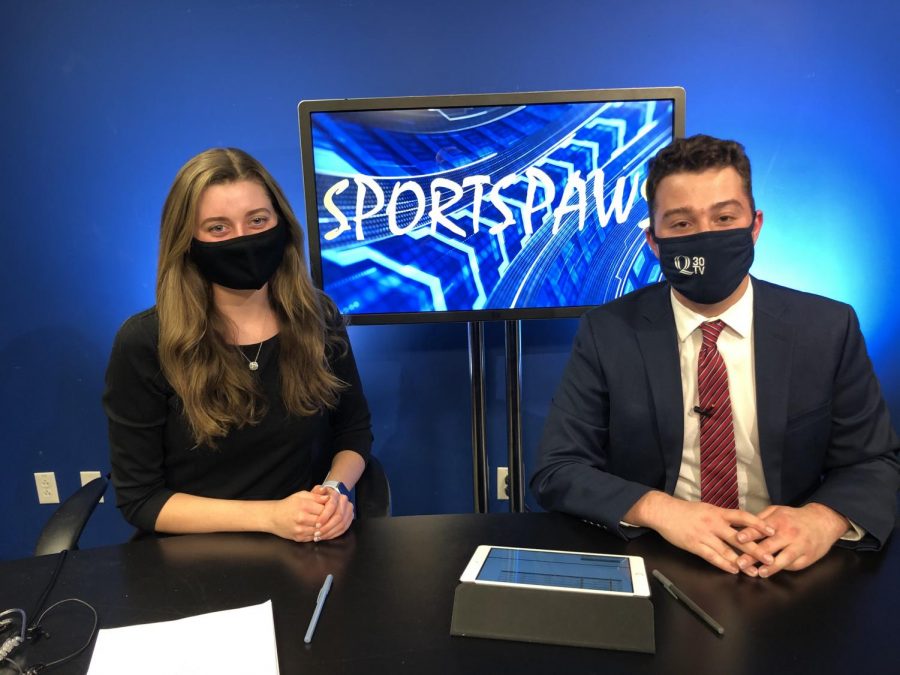 This week on Sports Paws, Jonathan Banks and Katie O’Keefe took the desk. The two kicked off the show by recapping the Men’s Soccer MAAC Championship against Monmouth. Then, they dove into the Top 3 Moments from this year’s Men’s Soccer season. After that, they welcomed soccer beat reporter Roberto Casillas to the studio for his breakdown of the team’s performance. Next, Jonathan and Katie looked back at the Women’s Soccer Semi-Finals game and analyzed the bracket for the MAAC Tournament.

After the break, Jonathan and Katie reviewed last weekend’s Men’s Lacrosse game, as the Bobcats faced off against the Canisius Golden Griffins. Then, they discussed the accolades for the Men’s Lacrosse players. Following that, Jonathan and Katie tossed it to Q30 Sports Director Jacob Resnick. He explained the struggles that the Baseball team dealt with throughout the season.

To finish off the show, Ryan Coope shared the inspiring story of Matthew ‘Desy’ DiStefano, who was the coach for Volleyball athletes Nicole Migliozzi and Daniella Balsano. As always, the hosts finished off with a look at the Top 5 plays of the week. In the end, Jonathan and Katie expressed their gratitude to be a part of Sports Paws for the last four years and are excited to see where the show goes in the future.