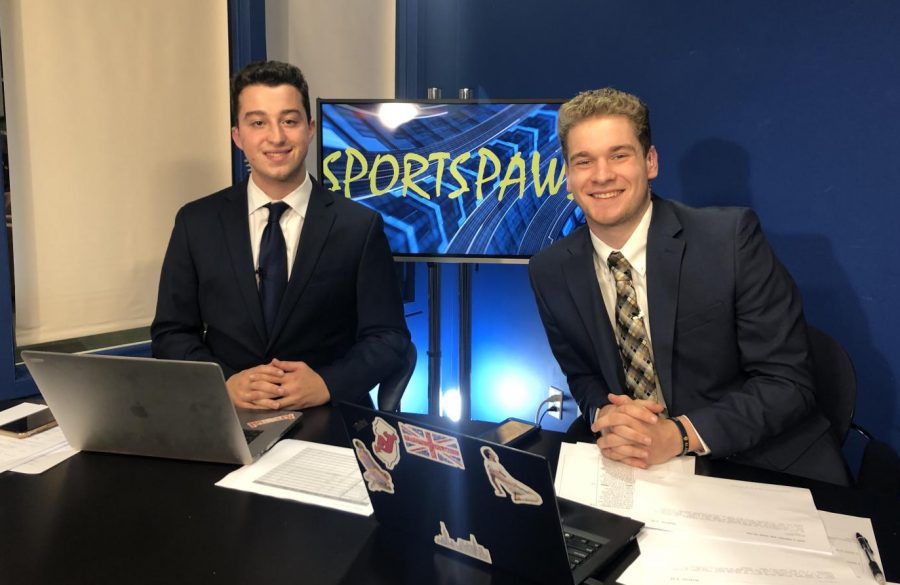 Jonathan Banks and Will Fowler are on the desk for the first 30-minute Sports Paws.

The show starts with women’s soccer, as the anchors recap the games against Hartford and Harvard. Then Q30’s Ryan Flaherty joins the show for a live interview with freshman goalie Meaghan Phillips.

Next, the anchors show you the highlights from the men’s soccer against Sacred Heart and a win against Vermont.

Rugby came out on top against Big 10, Penn State.

Then field hockey bear reporter Izzy Agricola gives her Big East predictions for which games the Bobcats will won and lose.

A recap of the volleyball tournament down south at NJIT is

Sports Paws finishes off with Top 5 plays, and a special feature package on the Hughes brothers, who play for both Quinnipiac and Sacred Heart, from men’s soccer beat reporter Jonathan Banks.