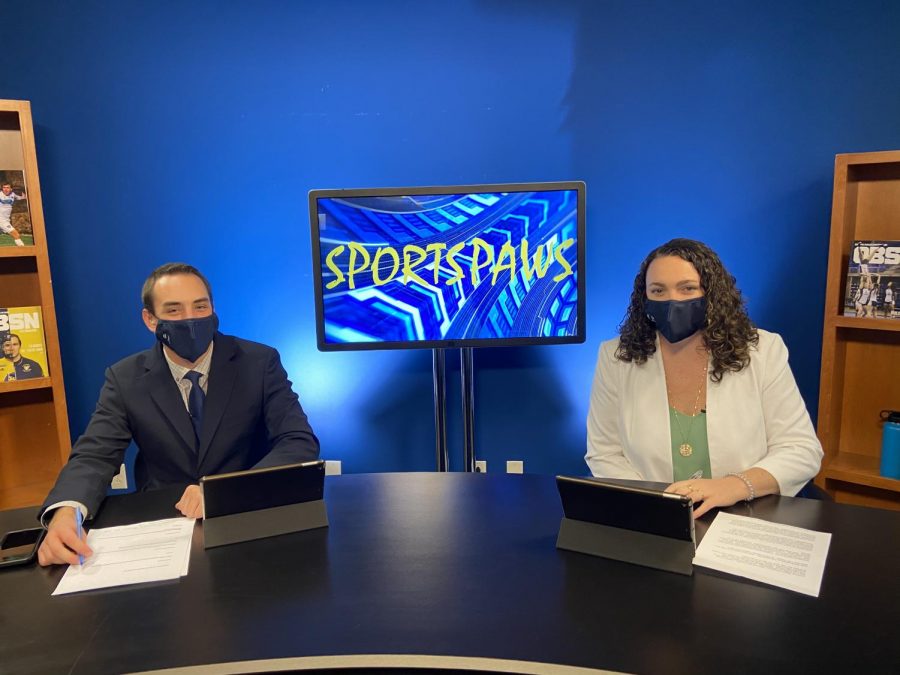 This week’s show is hosted by Tom Krosnowski and Liz Flynn.

Joining Tom and Liz was Jack Main to discuss the NFL Season through the first three weeks of the season. He gives his insights on how new players were adjusting to new teams, why the league is seeing some of its biggest stars go down with injuries and some of the teams that are contenders and pretenders this season.

Then Liz and Tom started discussing the Men’s Basketball schedule and Jacob Resnick had done an interview with MAAC Commissioner Rich Ensor about the coming season. They were also talking about the NBA and WBNA playoffs. Lo Yarnall also joins Liz and Tom to give her analysis about the Connecticut Sun and some of the key players that have helped the Sun in the playoffs. Lo also had done an interview with Robyn Brown, former Q30 Alumni, and current Sun beat reporter, to discuss the team and how they are doing.

The show wraps up with Liz and Tom talking about the MLB playoffs and giving a preview about some big games that are coming up for the New York and New England professional teams.