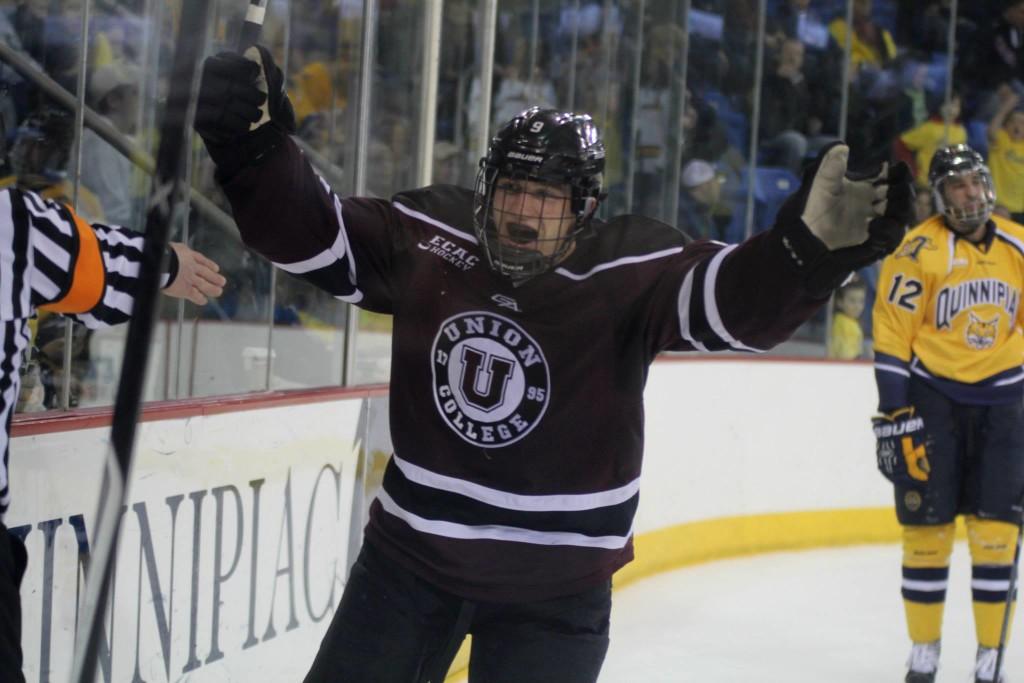 After a triple-OT loss to the Quinnipiac men’s hockey team in the first game of the ECAC quarterfinals, Union had to fight to stay alive.

The Bobcats looked confident at the start of the first period. Sam Anas picked up where he left off; scoring just under four minutes into the game. The shot came off a pass from Travis St. Denis and marks Anas’ third goal of the series.

But Union answered right back 27 seconds later when Ryan Scarfo lit the lamp off a rebound from Quinnipiac goalie Michael Garteig.

Tied at one the two squads looked to gain control in the second stanza. Senior captain Mathew Peca was able to capitalize off of a shot on goal by Kevin McKernan to give the Bobcats the 2-1 lead.

But the Dutchmen were again able to tie the game up when Max Novak got one in past Garteig off a rebound in the second period. After the game Quinnipiac head coach Rand Pecknold said that his team lacked coverage and urgency.

With the minutes dwindling down in the third period it was looking like the match up might head to overtime for the second night in a row as neither team could find the back of the net. With four minutes left to play, Nick Cruise centered a pass to Mike Pontaralli who one-timed it past Garteig.

The Bobcats scrambled but couldn’t make anything happen and Union would get the 3-2 win.

On the other hand Pecknold called the match up a “mediocre effort” by his squad. “We were immature tonight in how we dealt with our preparation in terms of trying to end someone’s season, and now Union’s going to try to end ours tomorrow,” he said.

The two teams will face off for a final game on Sunday, March 15 at 4 p.m. at the High Point Solutions Arena. The winner will advance to the semifinals of the ECAC tournament.