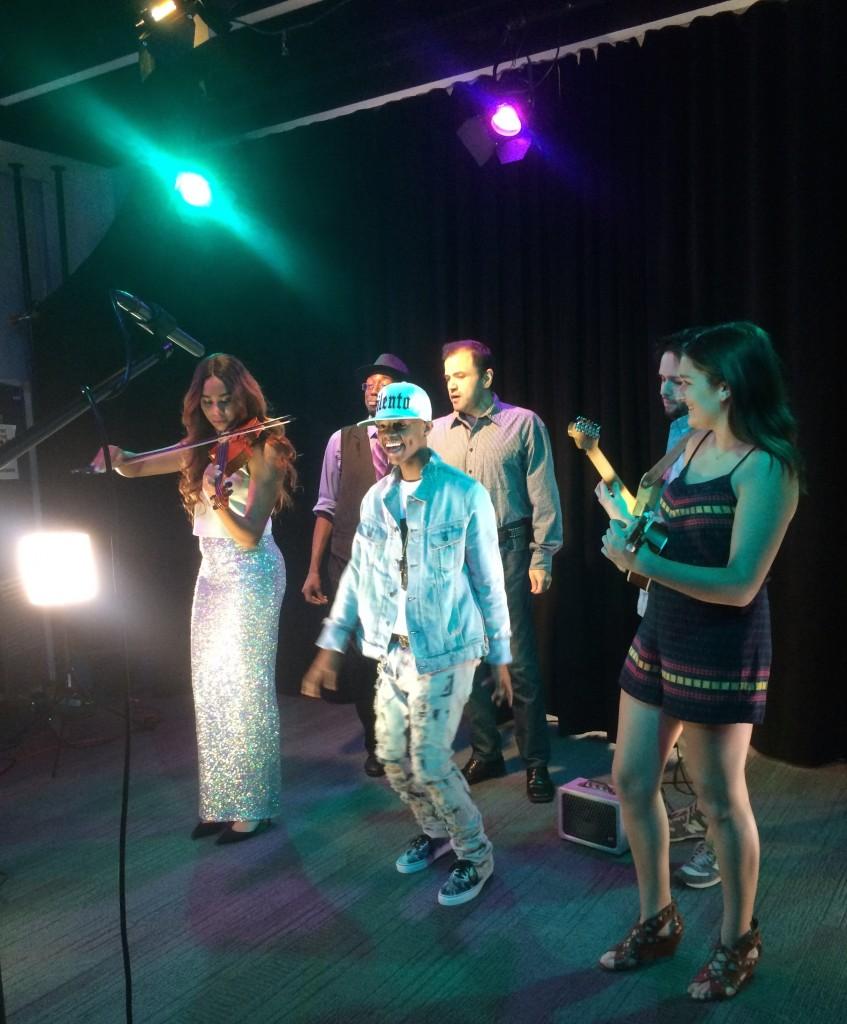 Incoming senior at Quinnipiac University, Bailey Kircher, joins “Watch Me (Whip/Nae Nae)” singer Silento in an unexpected mashup of his hit song. Kircher worked with the rapper as well as other talented artists.

“Watch Me (Whip/Nae Nae)” has topped the hip-hop charts and 17-year-old Silento is receiving a lot of attention from the song. Everyone from parents to children are remaking the video and the song plays constantly on the radio.

Silento asked a few artists to join him for a remake of the song and the result was exciting and fresh. While people may have expected other rappers to accompany him, Silento reached out to artists in other genres. He brought in guitarist Chris Perkins, opera singer Hugo Vera, violinist Tracey Edouard and Quinnipiac’s own, Bailey Kircher.

In the video Kircher is seen singing and playing the ukulele, an instrument she picked up only two years ago.

“I’ve been singing since I can remember so I’ve always had a passion for performing,” she said.

Kircher got involved in the video when her friend, Quinnipiac graduate Hailey Wilbur and employee at Mashable, told her they needed someone to play an acoustic version of the song. She originally was planning to just play the ukulele while Silento sang. When they heard she could sing however, they asked her learn the song overnight and come in to shoot the next day.

Kircher had heard parts of the song before working on the video but never heard the whole thing through. She knew both the song and Mashable would create a large audience for the video but is still realizing what she was apart of.

“I think I still haven’t accepted how cool it was,” she said. “I went home for a weekend recently and my family and friends were still kind of freaking out about it.”

When asked about the funniest moment of the shoot Kircher said it was watching opera singer Vera perform with Silento.

“He’s great but hearing the song in an opera style had the whole room cracking up,” she said.

They also had all the artists play at the same time, which Kircher said is one of the most memorable moment from the whole experience.

“It was weird to hear all the instruments and voices together but it was so fun,” she said.

An element that surprised Kircher was that some people did not realize she and the other artists were working directly beside Silento.

“I’ve actually had a lot of people ask me if he was super imposed into the video,” she said.

Kircher also said Silento was friendly and excited about the video concept and was having a lot of fun during the shoot.

As a film, television and media arts major Kircher said, “ I’ve always dreamed of working in production for a TV show, but doing this video actually made me change my mind a bit and want to apply to digital media companies as well.”